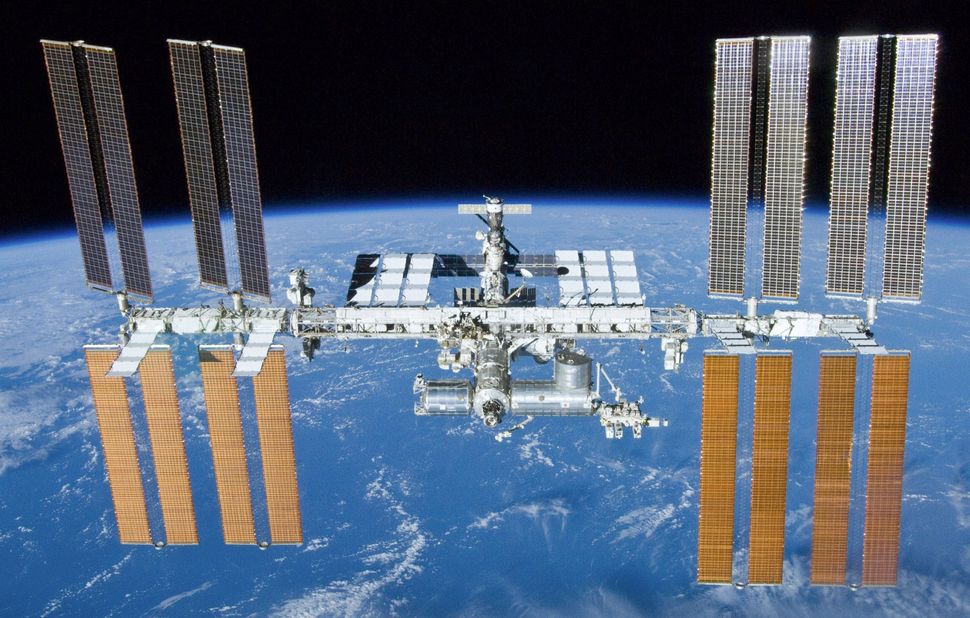 Kashrut-observant children who dream of becoming astronauts may have to rethink their plans.

NASA’s Space Food Systems Laboratory, which develops, produces, and packages food for every American astronaut, only has one packaging facility, the lab’s manager, Vickie Kloeris, explained to Space.com. This means that foods that may have otherwise been kosher would come in contact with impure equipment when it was being prepared for storage on spacecraft.

While Israeli astronaut Ilan Ramon was able to bring some kosher food with him on the space shuttle Columbia as part of his allotment of personal effects, he was only scheduled to be in space for 15 days. Today’s astronauts stay on the International Space Station for six months or more.

So NASA “would have to be given a chunk of money to be able to go out and identify and procure and bring in commercial stuff that would support a crewmember in that situation,” Kloeris explained.

Even if no non-kosher food was brought onboard, ritually purifying the existing food equipment would be impossible, as the station lacks an oven that can boil water — which regardless would not be able to stay in place in the station’s zero-gravity atmosphere.