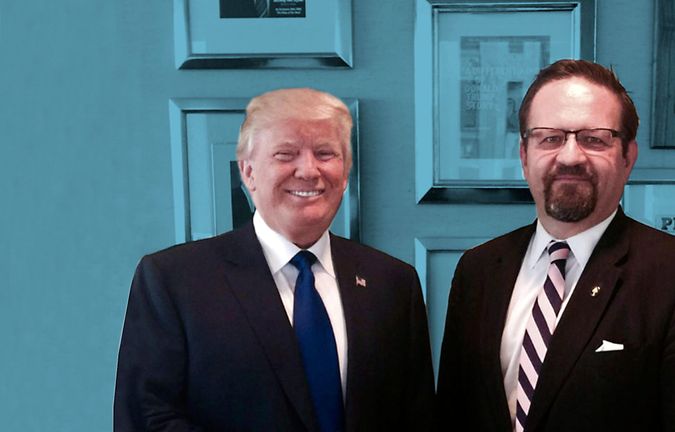 Sebastian Gorka, President Trump’s controversial counter-terrorism advisor, is soon to be shifted from his White House position to another spot somewhere else in the administration, according to a report) in the Washington Examiner.

Gorka, whose official title is deputy assistant to the president, has been under continued attack from critics for his alleged lack of professional qualifications and past ties to anti-Semitic and racist groups in Hungary.

Several groups, including the American Jewish Committee have demanded an investigation of his background. Others, such as Human Rights First have called for his dismissal.

Numerous other media outlets quoted senior administration officials as saying he would leave his post, although some noted it was unclear exactly when.

A senior official cited by CNN said Gorka was simply “generating too much controversy” to keep at the White House.

A source claimed that Gorka’s role in the Strategic Initiatives Group, another body he was said to serve on in the White House, was always meant to be temporary.

This report has been changed to correct an error in the original version, which stated, wrongly, that the Jerusalem Post had removed Gorka from the roster of speakers for its upcoming New York conference, May 7. He remains on the conference roster.