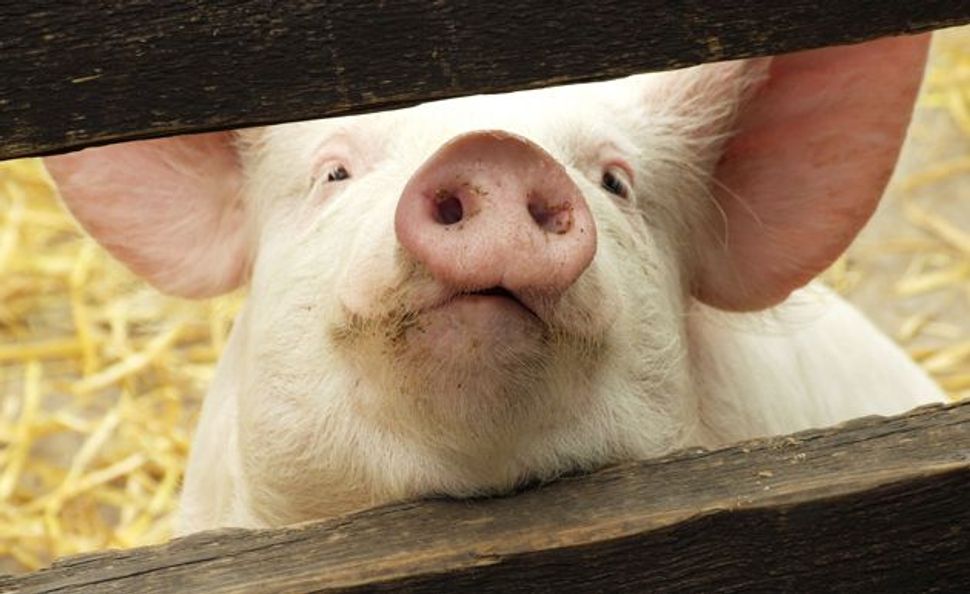 Smithfield Foods, one of the nation’s largest pork suppliers, has announced that it’s forming a biosciences division that in the future might pioneer the transplantation of organs from pigs to humans.

“We want to signal to the medical-device and science communities that this is an area we’re focused on — that we’re not strictly packers,” Courtney Stanton, the head of the new division, told Reuters.

So observant Jews will not be purchasing Smithfield’s ham, but they could one day receive Smithfield transplants? Sure. One of Judaism’s highest commandments is to save lives, which could offer a rationale to allow them.

And pork suppliers already have a foothold in the medical industry. Smithfield already works with pharmaceutical companies to extract heparin, the key ingredient in many blood-thinners, from the digestive tract of pigs.

Heart valves, in addition to initial doses of insulin, have been taken from pigs to address cardiovascular disease and diabetes in humans.