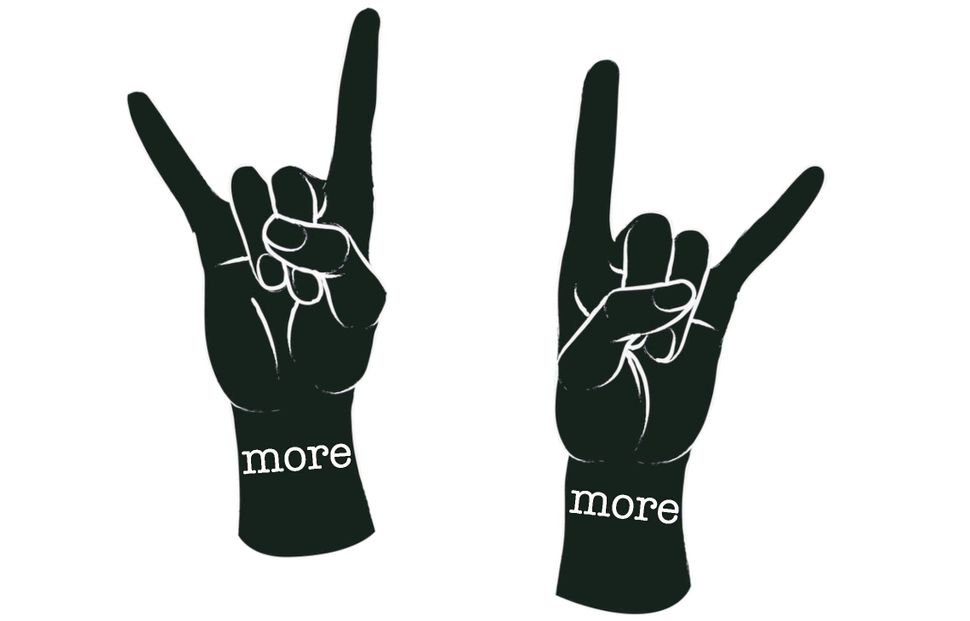 Just 10 days before her death in March, author Amy Krouse Rosenthal moved millions with a heartfelt column in The New York Times’ Modern Love section called “You May Want To Marry My Husband.”

Krouse Rosenthal was moved, and since time was of the essence due to her cancer diagnosis, the two met to get the “more” tattoos shortly thereafter.

So now, Brooks told Chicago Magazine last week, “Whatever situation I’m in, I can look down and say in this situation I think I need more patience with this person I’m talking to. Or I should pray more.”

The two women kept in touch, and in October 2016, Brooks (whose mother also died of cancer) completed a half-marathon raising money for cancer research. She dedicated the fifth kilometer of the run to Krouse Rosenthal and sent her a text from the finish line.

As for the legendary husband of Modern Love fame? Brooks told Chicago Magazine, “He’s a good-looking guy and he seemed very nice.”