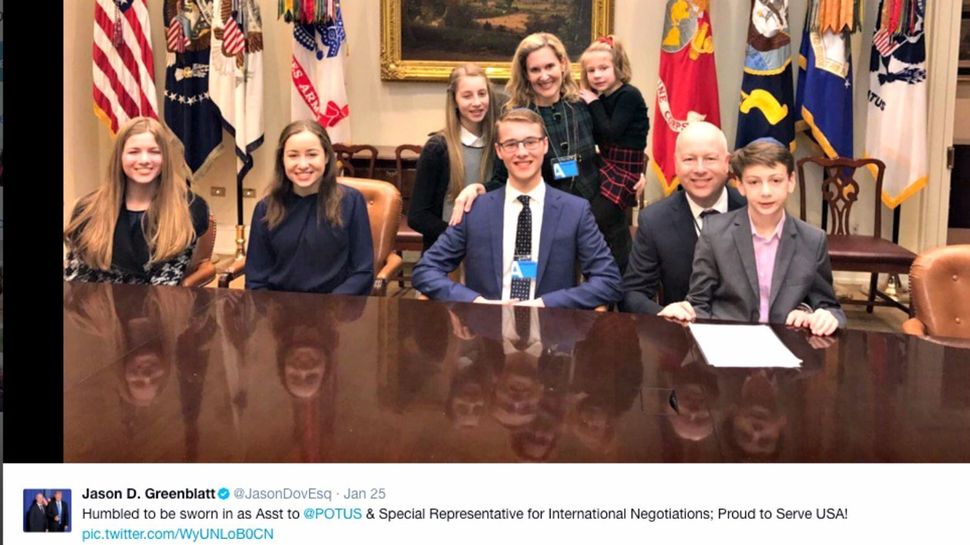 What does a kosher-keeping Trump advisor eat in Riyadh?

Jason D. Greenblatt, the president’s special representative for international negotiations, gave us a hint when he tweeted his thanks to the U.S. Mission of the Kingdom of Saudi Arabia for supplying him with kosher food during his stay. He included the hashtag #Frozenmealscanbegood. 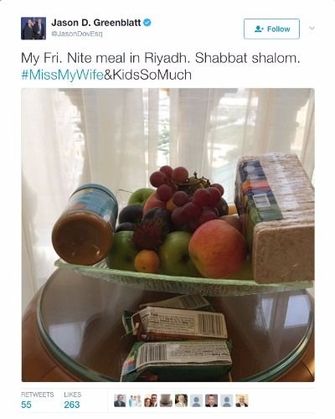 The father of six, who today visited the Kotel with the Trumps and tweeted that it was “deeply meaningful” also posted an image of fruit, energy bars, a jar of peanut butter and what looks like rice crackers with the caption “My Fri. Nite meal in Riyadh. Shabbat Shalom. The hashtag this time: #MissMyWifeAndKidsSoMuch.

Eating kosher food in Saudi Arabia may soon become easier. According to KosherToday, the Orthodox Union (OU) now operates in Dubai and Saudi Arabia. “The addition of Dubai and Saudi Arabia by the OU is a reflection of the changing geopolitical situation where these countries have warmed considerably to Israel as a result of their confronting a common enemy, Iran,” the newsletter said.

Liza Schoenfein is the food editor at the Forward. Contact her at schoenfein@forward.com or on Twitter, @LifeDeathDinner