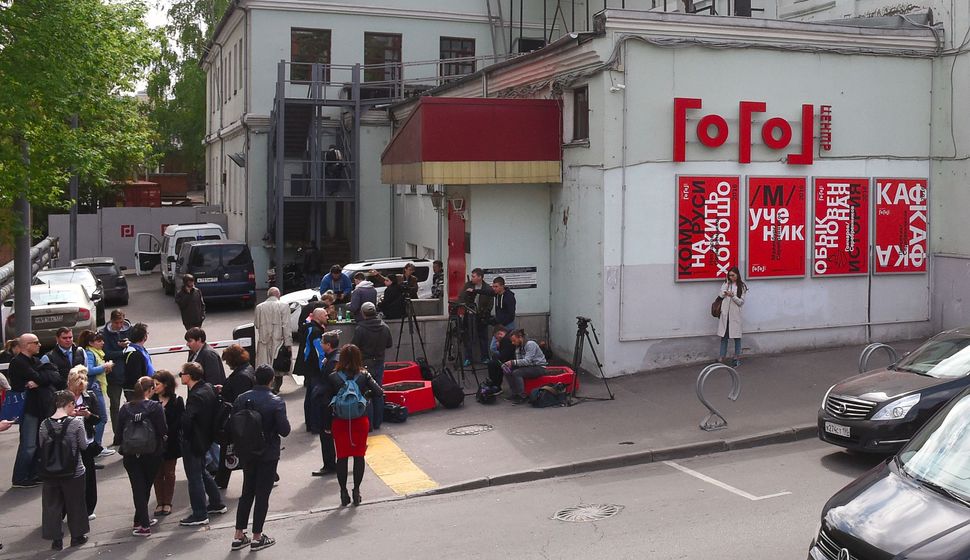 Earlier today, Russian police raided the acclaimed Gogol Center in Moscow as well as the home of the theater’s director, Kirill Serebrennikov (whose father is Jewish). Though the Moscow Police have yet to release an official statement, it is being reported that the operation is part of an ongoing corruption investigation. According to the Moscow Times, “The head of Moscow’s culture department, Alexander Kibovsky, recently claimed that the theater had fallen into debts of roughly 80 million rubles.”

However, in Putin’s Russia, investigations and police harassment are often used as a tactic of intimidation against critics. Serebrennikov has a history of protesting the Putin regime and the growing influence of the Russian Orthodox Church. The Gogol center also has a history of performing controversial and difficult works that deal with taboo topics in Putin’s Russia. According to Radio Free Europe, “Ballet great Mikhail Baryshnikov suggested political motives were behind what he called the “repression” of an outspoken advocate of freedom. ‘An artist of whom Russia should be proud is being debased and humiliated,’ Baryshnikov said.”

The Gogol Center has previously been subjected to state scrutiny in 2015. As of yet, Serebrennikov has not been charged or arrested with any crime, and the Gogol Theater plans to perform tonight despite the police action.