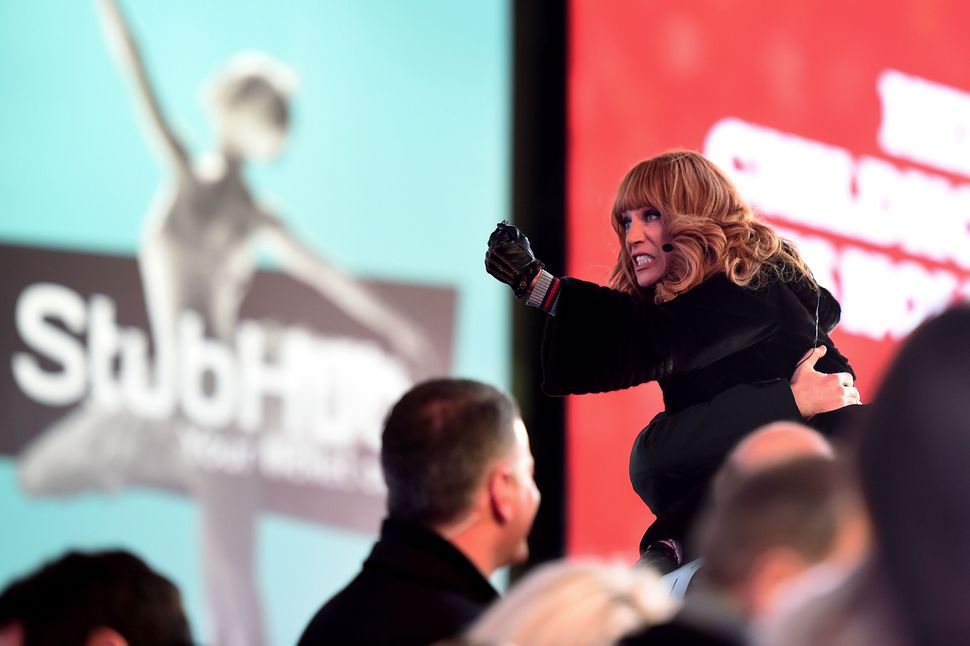 In an unrelenting (for Kathy Griffin) turn of events, CNN officially announced today that it would be cutting ties with Kathy Griffin starting immediately. And so the saga of Kathy Griffin’s rapidly spiraling-out career continues.

CNN has terminated our agreement with Kathy Griffin to appear on our New Year’s Eve program.

The announcement comes after Griffin posted a video on Twitter yesterday of herself holding a replica of the bloody, severed head of Donald Trump. She issued an apology last night after having first attempted to defend the move as simply “mocking the Mocker-in-Chief.”

I don’t know what I’m doing this New Year’s Eve (why? are you interested?) but I know what I’m not doing: watching Kathy Griffin pal around with Anderson Cooper on CNN’s annual New Year’s Eve special. Granted, I’ve never actually watched this special but now I’ll never have the chance and that’s upsetting.