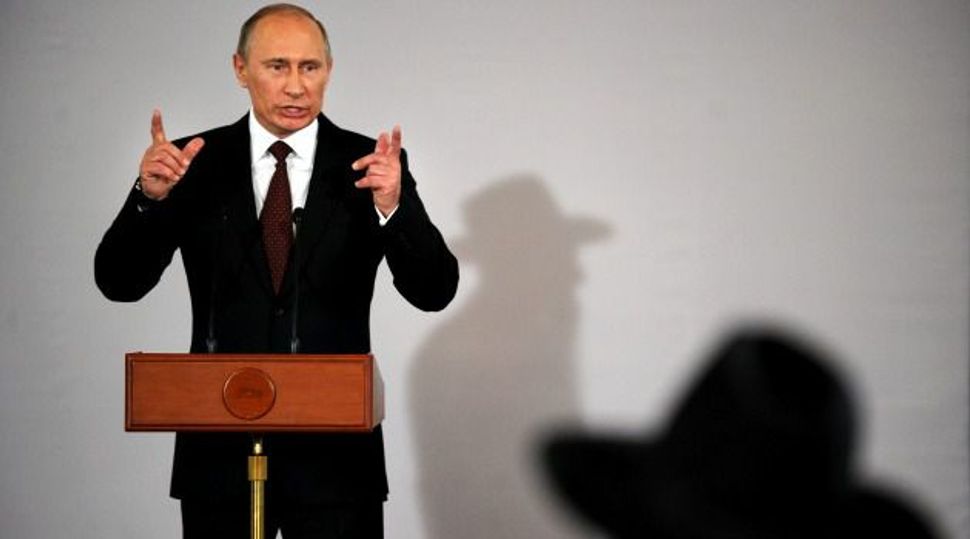 Vladimir Putin is a devoted booster of the Russian Orthodox Church, but these days he sort of feels like a Jew, according to a speech he gave this Friday in Moscow.

Putin was disputing claims that the Russian government interfered in the American election when he compared the slew of accusations to anti-Semitism. “It’s like saying everything is the Jews’ fault,” he fumed, likening the investigation into Russia to the irrational hatred of Jews.

The self-pitying Russian leader has some chutzpah. Just the other day he hinted at the fact (confirmed by American intelligence agencies) that Russians helped destabilize the election by hacking the Democratic National Committee and the e-mails of Hillary Clinton confidant John Podesta.