Hazon Marches For Israel — And The Environment 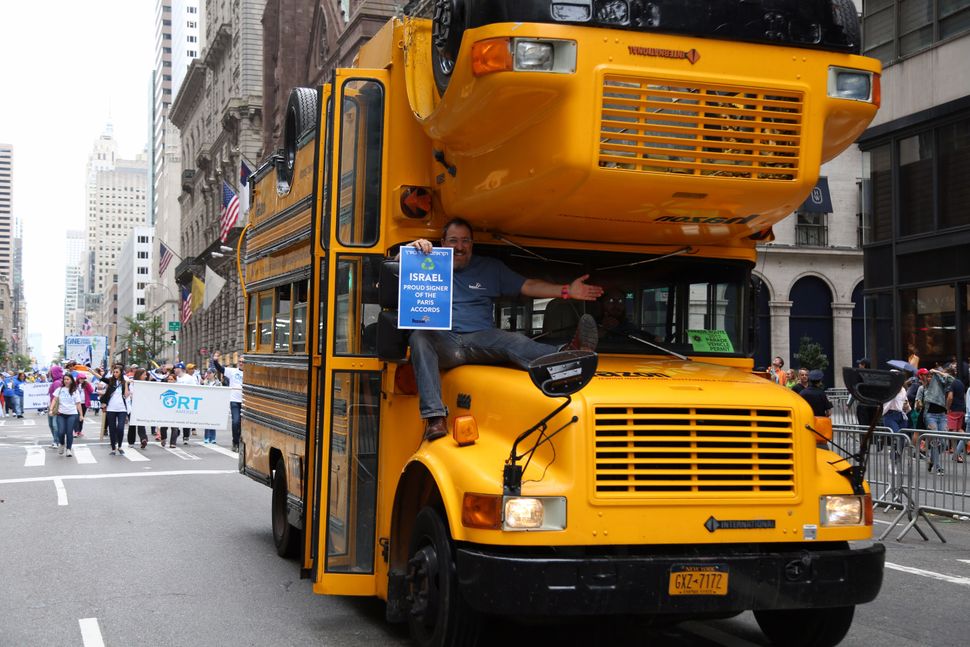 This is the 3rd year Hazon, a progressive Jewish organization, has marched in the Celebrate Israel Parade — and the first year it printed new posters, on Friday, after the US announced its withdrawal from the Paris Climate Accords. The signs read, “Israel — Proud Signer of the Paris Accords.”

Nigel Savage, Hazon’s CEO, said, “We printed the signs slightly too small, so all along the route the same thing happened — people leaned forward, peered, —- and then burst into a big smile, or cheered, or put their thumbs up. A few out their thumbs down — but the ratio was probably 30 to 1. Overwhelming enthusiasm and support. A reminder that it’s important for progressive voices to be in the Parade — and that New York Jews & Israel supporters seem to be overwhelmingly in support of the Paris Accords.”

Hazon Marches For Israel — And The Environment