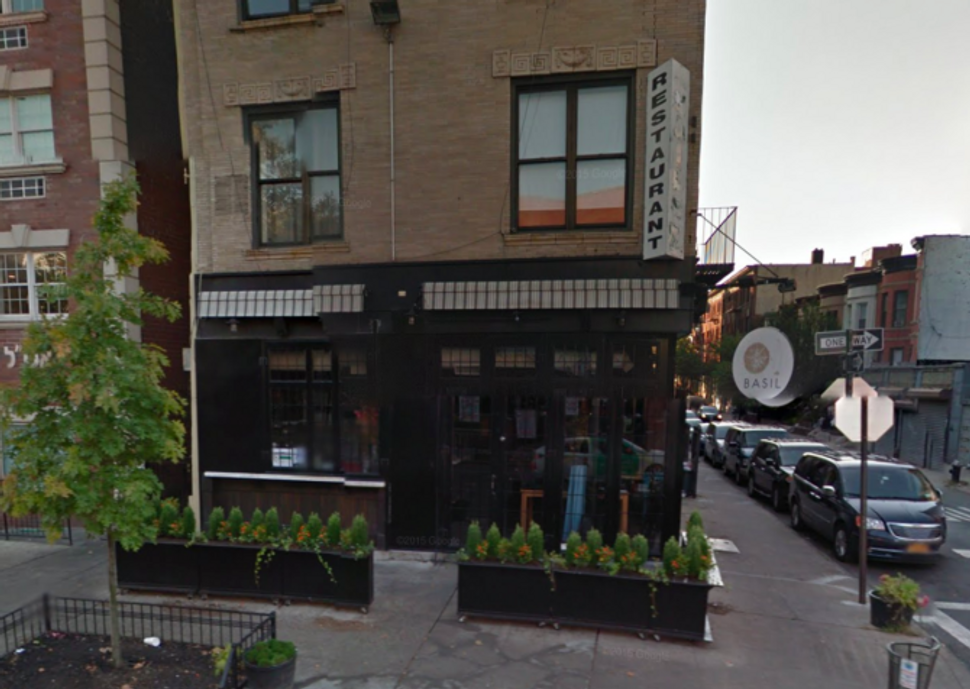 Though Basil, a pizza joint in Crown Heights, Brooklyn, may have won the battle, it may yet lose the “pizza war.”

Until OK Kosher’s “Kashrus Alert,” Basil was engaged in a “pizza war” with Calabria, another kosher pizza joint across the street. When Calabria opened in March, Basil took it to court — Jewish court — arguing that Calabria had violated an ancient rabbinic law prohibiting undue competition between similar businesses.

The court’s ruling gave both businesses a piece of the pie: Calabria was allowed to sell regular pizza instead of their planned signature gourmet pizza.

Basil claimed victory after the ruling, as did Calabria. But it looks as though Calabria may get the last slice.

Basil responded to OK Kosher on Facebook last week, saying that “routine maintenance work” in front of the restaurant on a recent Saturday had been interpreted as evidence that the restaurant was working on Shabbat — a violation of kashrut.

“To reiterate, none of our Kashrus standards have been compromised in the slightest,” the post added.