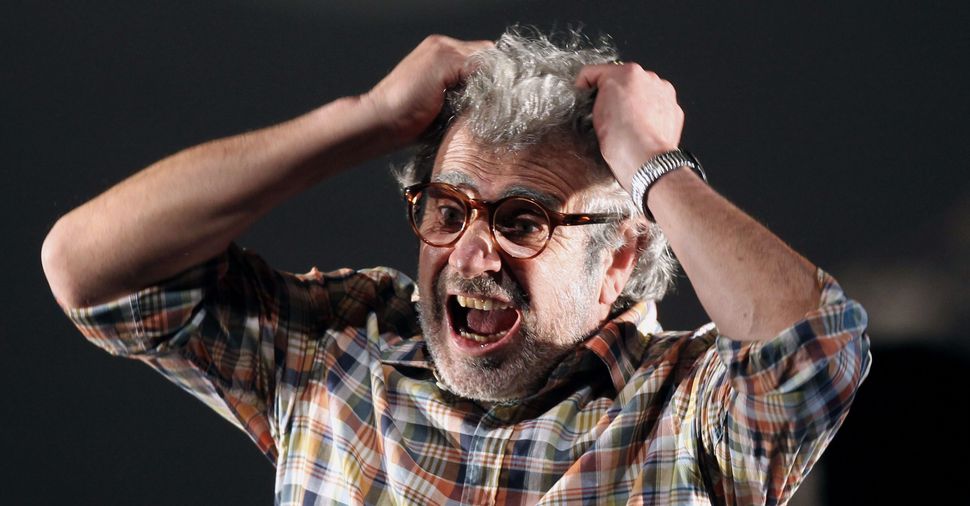 Tunisian-French comedian Michel Boujenah is being subjected to boycott calls because of his support for Israel. Image by gettyimages

(JTA) — A Tunisian anti-racism watchdog group accused promoters of a boycott against Israel of anti-Semitism after they protested the invitation extended to a Jewish comedian to appear at a local festival.

The accusation Thursday by the Tunisian Association for Support of Minorities was over an open letter sent earlier this week to the Tunisian Ministry of Culture and the organizers of the annual Catharge Festival of music next month to protest the invitation extended by organizers to Michel Boujenah, a well-known Tunisia-born French Jewish standup artist.

The letter, authored by Tunisian activists of the boycott, divestment and sanctions movement against Israel, says that Boujenah, who often speaks lovingly of his native Tunisia during his shows, should not be allowed to perform because he is a Zionist.

Yamina Thabet, the president of the Tunisian Association for Support of Minorities, told the Tribune Juive Jewish newspaper in France that the activists are “cowardly taking anti-Jewish action.”

Calling for a boycott of Boujenah’s show “under the pretext of fighting Zionism is nothing but an anti-Jewish act. We know this is a Tunisian who has always spoken loud and clear about his attachment” to Tunisia, she added in the interview, which was published Thursday.