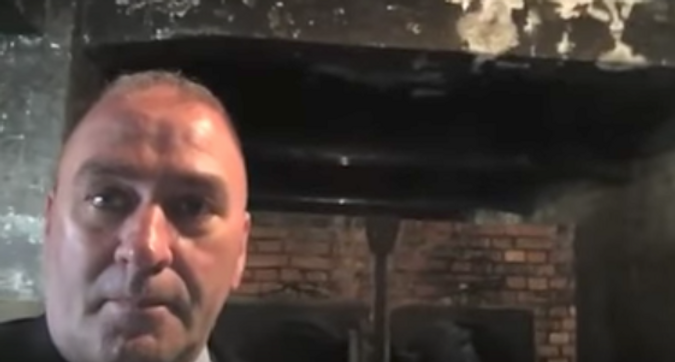 WASHINGTON (JTA) — A Louisiana congressman removed and apologized for a video he filmed at Auschwitz likening the threats posed to Jews during the Holocaust to those facing the United States today.

“I filmed the Auschwitz message with great humility,” Rep. Clay Higgins, a Republican, said Wednesday in a statement sent to JTA by his office. “My Auschwitz video has been removed, and my sincere apology for any unintended pain is extended.”

He also appeared to address criticism from some Jewish groups that his video failed to explicitly explain that Jews were the target of the Nazi genocide, but he did not retreat from his bid to liken the threat of genocide to unnamed threats he said the United States now faces.

“The atrocities that happened at Auschwitz were truly despicable, and we must never let history repeat itself in such a way,” he said. “I have always stood with Israel and all Jewish people, and I always will. We live in a dangerous world, and massive forces of evil do indeed yet exist. We must all stand united against those evils.”

Higgins, who was elected last year and is on the U.S. House of Representatives Homeland Security Committee, removed the video from his Facebook page.