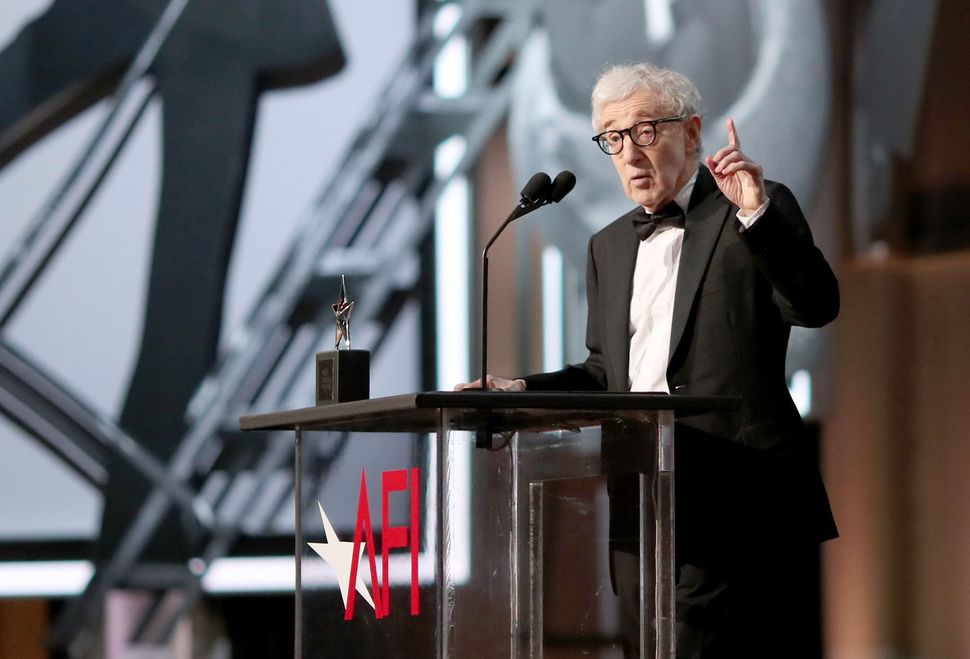 Society has managed to solve a lot of problems since the Industrial Revolution. We’ve now got luxuries like running water, indoor toilets and apps that keep track of your menstrual cycle.

But, for the love of God, we are struggling to figure out how to keep protesters off stages where famous people are performing.

After animal activists stormed Michael Kors’s fashion talk at the Metropolitan Museum of Art, Woody Allen found himself the victim of remarkably lax security when two topless women stormed the stage where he was performing with his jazz band in Germany on Tuesday evening.

The women were from the well-known European feminist group FEMEN and had painted their bodies with quotes from Dylan Farrow’s 2014 letter in which she alleged that Allen had sexually abused her as a child. Allen has denied these allegations.

The filmmaker seems entirely unperturbed in the video, waiting patiently as the women make their point and then casually serenading them as they’re dragged off the stage by security.

I guess you can get used to anything, huh?