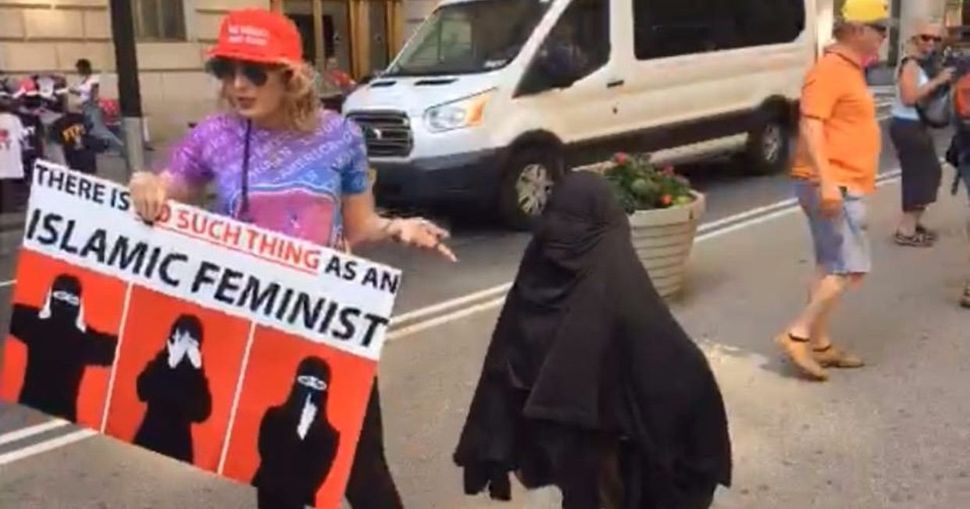 Laura Loomer put a burqa on the “Fearless Girl” statue in New York’s Financial District during the March Against Sharia on June 10th. Image by Laura Loomer

Far right media activist Laura Loomer this morning, she has been the target of vicious anti-Semitic posts on social media since Forward published a profile of her Friday morning.

“Synagogue of Satan. You are fake Jews,” wrote @BrydensFunny.

“Goldstein? You sound like a member of the tribe to me! Mashugana!” Loomer tweeted in response.

Though she tries to maintain a sense of humor about it online, Loomer acknowledges that dealing with the flood of anti-Semitic comments and imagery on Twitter is “really hard to deal with.”