It’s (War On) Christmas In July For Trump 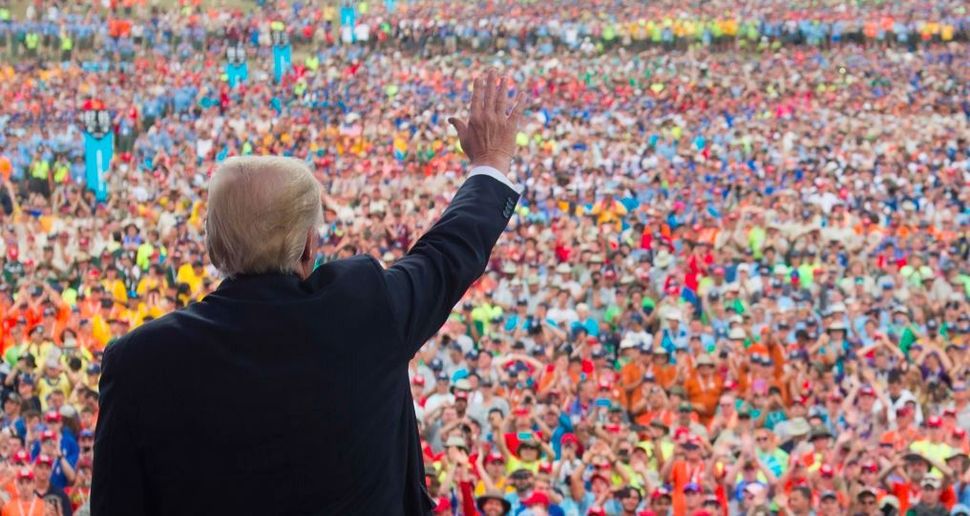 He also had a surprising religious message to the thousands of Scouts gathered in West Virginia Monday night:

“Under the Trump administration,” the president promised in his “rambling” speech, “you’ll be saying, ‘Merry Christmas’ again when you go shopping. Believe me. ‘Merry Christmas.’” The scouts broke out in applause.

The so-called “war on Christmas” has been a recurring theme for Trump during his campaign and after the elections. In doing so, Trump picked up on a claim raised by Christian conservatives arguing that Democratic administrations have sought to push out the Christmas holiday greeting from the public sphere in favor of the religion-neutral “seasons greetings.”

“They’ve been downplaying that little, beautiful phrase. You’re going to be saying, merry Christmas again, folks,” Trump told the cheering boy scouts Monday, using for the first time the line that has helped him reach out to evangelicals and Christian conservatives before the elections, on a younger crowd.

It’s (War On) Christmas In July For Trump