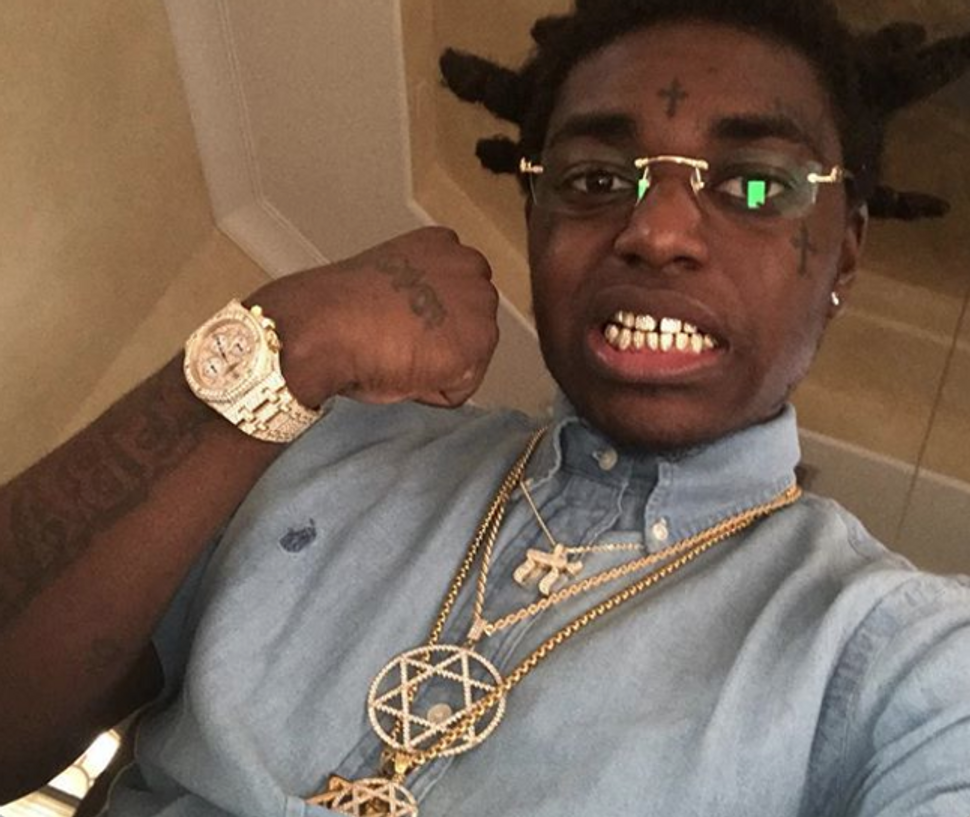 Kodak Black, the 20-year-old rapper who recently began attending a Hebrew Israelite congregation in Florida, is proudly showing off a new piece of jewelry — a bejeweled pendant of the Hebrew word chai, which means life.

Captioning on Instagram, Black quoted a lyric from the rapper Drake, about how he’s seen “so many blessings.” “Someone Watching Over Me,” he wrote. “So Shout Goes Out To Him.”

I’m Convinced I Made Sacrifices I Been Balling Ever Since .. I’m Seeing So Many Blessings Shit Don’t Make No Sense Someone Watching Over Me So Shout Goes Out To Him

Black, whose birth name is Dieuson Octave, was recently introduced to Hebrew Israelite beliefs while serving a sentence in a Florida jail. Since his release in June, Black has announced on social media and on one rap single that he sees himself as an Israelite — specifically from the priestly tribe of Levi.

“I’m an Israelite,” he rapped in his first single after his release from jail, “First Day Out.”

Hebrew Israelites are people of color, mostly African American, who see themselves as the true descendant of the biblical Israelites. The movement is diverse and has multiple branches or denominations. Other celebrities have recently referenced or embraced this identity, like Kendrick Lamar and basketball star Amar’e Stoudemire.

Since his released, Black has started attending a self-described “vibrant Hebrew Israelite congregation” in Florida called Thee Light of Zion Ministries, which is headed by Priest Kahan, the teacher who first introduced Black to the movement’s beliefs. He also legally filed to change his name to include the priestly Hebrew title “kahan.”