WATCH: Stephen Miller Uses First Briefing To Argue Over The Statue Of Liberty 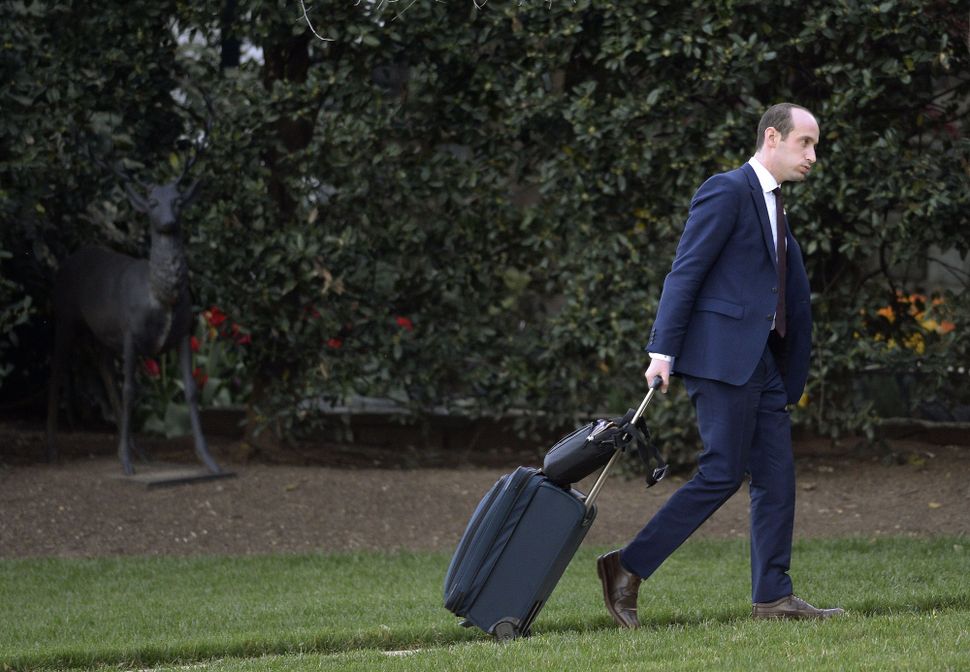 Presidential aide Stephen Miller, who despite his Jewish heritage has been repeatedly praised by former KKK Grand Wizard David Duke for his policy views, capped off his first appearance at the podium in the White House Briefing Room by getting in a long argument with CNN’s Jim Acosta about the Statue of Liberty and “cosmopolitan bias.”

Miller fielded Acosta’s question 30 minutes into his appearance to discuss the administration’s support of a bill that would reduce legal immigration by 41% in its first year. Invoking the message inscribed on the Statue of Liberty’s tablets (“Give me your poor, your huddled masses, yearning to breathe free…”), Acosta asked Miller if the bill didn’t contradict the spirit of the message by requiring prospective immigrants to speak English before coming to the U.S.

Miller responded by telling Acosta that the statue was not about immigration, but about “American liberty lighting the world,” adding that Acosta’s statements were “shockingly ahistorical.”

When Acosta suggested that requiring people to speak English fluently before coming to the country would lead to only Australian and British immigrants being accepted, Miller pounced again.

“It reveals your cosmopolitan bias to a shocking degree,” Miller said of Acosta’s comment. “Jim, have you honestly never met an immigrant from another country?” he added.

The exchange provoked laughter, groans and exclamations of annoyance from other members of the White House Press Corps.

WATCH: Stephen Miller Uses First Briefing To Argue Over The Statue Of Liberty