Trump Signs New Iran Sanctions Into Law Over His Own Objections 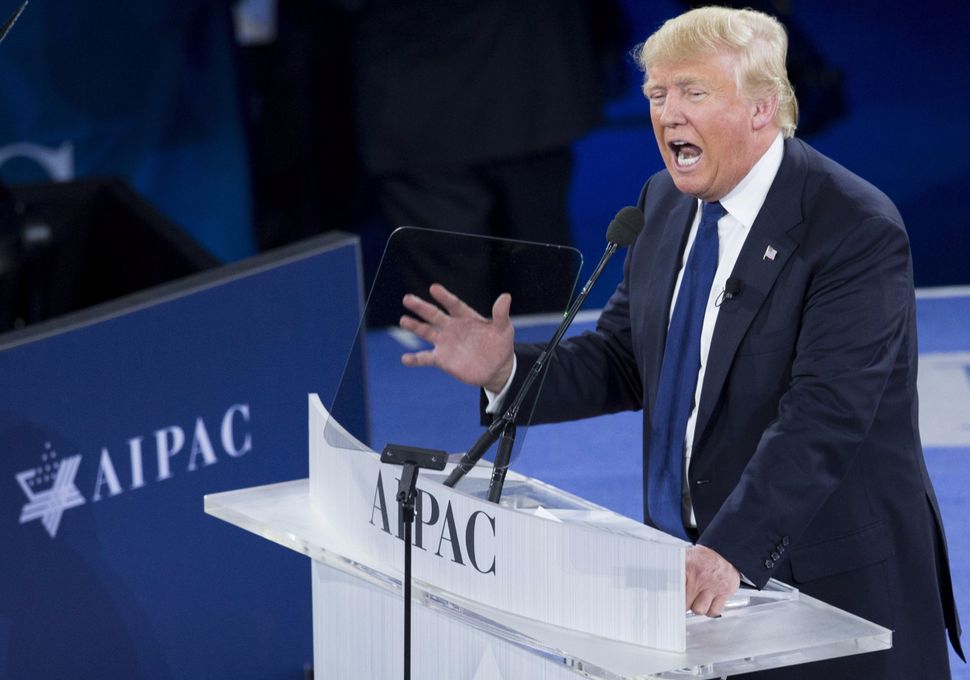 (JTA) — President Trump signed into law a new sanctions package that targets Iran, along with Russia and North Korea, despite complaints that it includes “a number of clearly unconstitutional provisions.”

The measure passed easily in the U.S. Senate and House of Representatives, effectively nullifying the president’s ability to veto.

The Iran component ramps up sanctions for that country’s missile testing, human rights abuses and backing of terrorism, and further restricts the president’s ability to waive the sanctions.

Among his criticisms, Trump noted in a statement the waiting periods before the president can remove sanctions, which allows Congress the possibility to block such actions. Trump also referred to a Supreme Court case, Zivotofsky v. Kerry, in which the high court ruled that Congress cannot require the State Department to issue passports stating that Jerusalem is in Israel, which is contrary to current U.S. policy.

On Wednesday, the president indicated that he may not follow all aspects of the new law.

“My Administration will give careful and respectful consideration to the preferences expressed by the Congress in these various provisions and will implement them in a manner consistent with the President’s constitutional authority to conduct foreign relations,” Trump said in the statement.

The American Israel Public Relations Committee had lobbied for the sanctions.

Trump Signs New Iran Sanctions Into Law Over His Own Objections