Can Opponents Push ‘Alt-Right’ Leader Richard Spencer Out Of His Virginia Home? 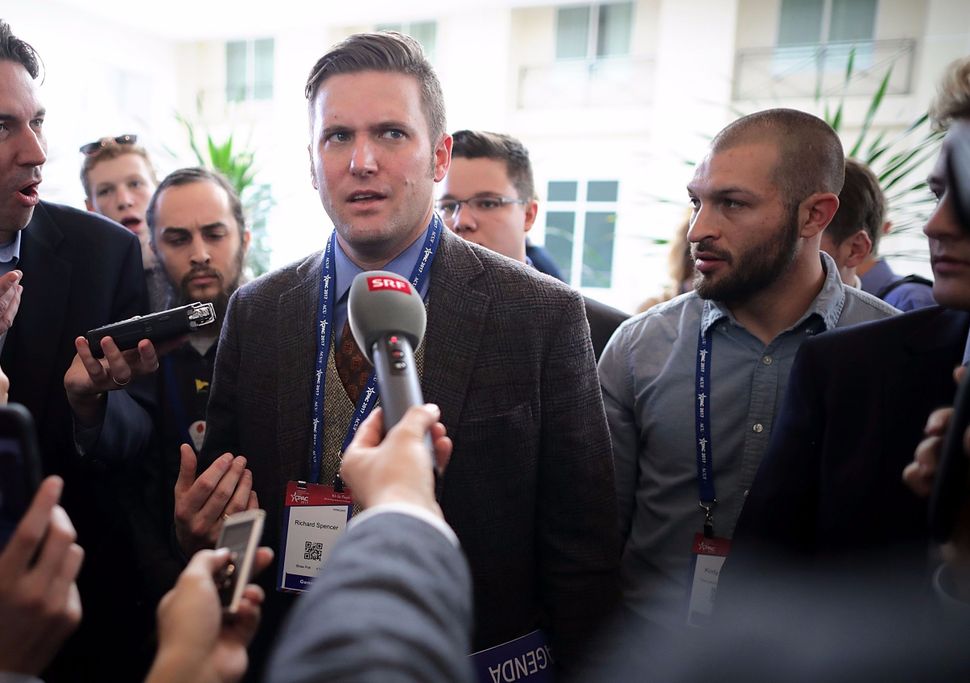 Richard Spencer, a leader of the “alt-right” white nationalist movement, is an intractable presence on social media. He’s also seemingly intractable from his adopted home base of Alexandria, Virginia, a suburb of Washington, D.C.

While activists have tried to push him out of his townhouse in Alexandria’s picturesque Old Town neighborhood, his landlord and City Hall say their hands are tied.

“Clearly we’re disappointed. [But] we cannot kick someone out who has unpopular views,” Vice Mayor Justin Wilson told Washingtonian magazine.

Protesters regularly gather near Spencer’s home to criticize his presence. Some local shop owners say the protests only damage local businesses that are blocked by the sign-waving groups.

Why is Spencer, who has made Heil Hitler salutes in speeches, drawn to the 51% minority town? “It’s just a nice place,” he told the magazine.

Can Opponents Push ‘Alt-Right’ Leader Richard Spencer Out Of His Virginia Home?