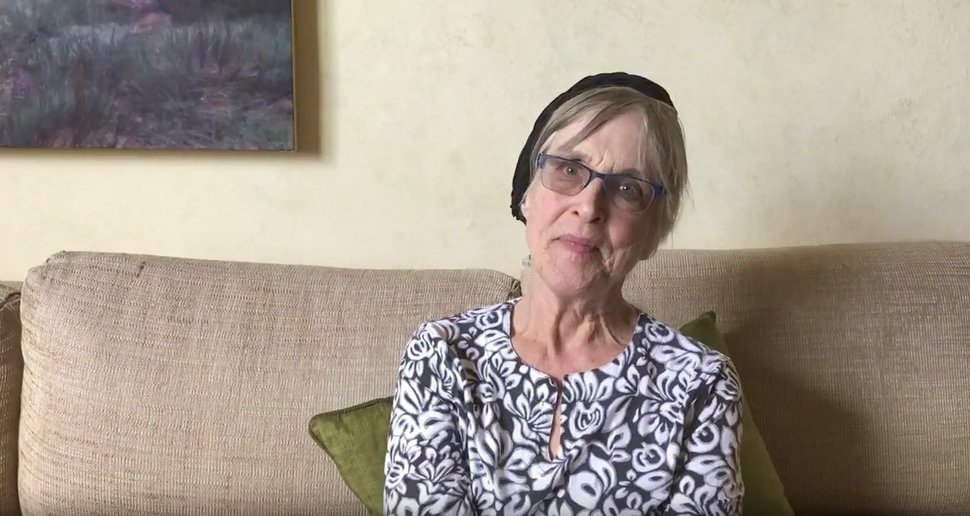 Rabbi Rachel Cowen taped a video message on her personal healthcare story and posted it to YouTube. Image by youtube

(JTA) — Rabbi Rachel Cowan is no stranger to helping others who are ill or caring for sick loved ones. In 1990 she was one of the co-founders of the Jewish Healing Center, a pioneer in a Jewish healing movement that provides spiritual resources and wisdom to help people deal with the suffering that surrounds personal loss and serious illness.

As the longtime director of the Jewish Life and Values Program at the Nathan Cummings Foundation in New York, she helped direct grants for programs that addressed the spiritual dimensions of serious illness.

Now, at 76 and facing a serious illness of her own, she is focusing on the practical, policy side of healthcare. In a video posted on YouTube July 20, the New Yorker, now a senior fellow at Auburn Theological Seminary, reveals that in February she was diagnosed with with glioblastoma, an aggressive form of brain cancer. It is the same grim diagnosis Sen. John McCain received last month.

In the video, she appears to address members of Congress considering the repeal and replacement of the Affordable Care Act, former President Barack Obama’s signature health care legislation. She urges them to preserve Medicare, the federal health insurance program for the elderly and disabled that would be overhauled, and critics say diminished, under some Republican plans.