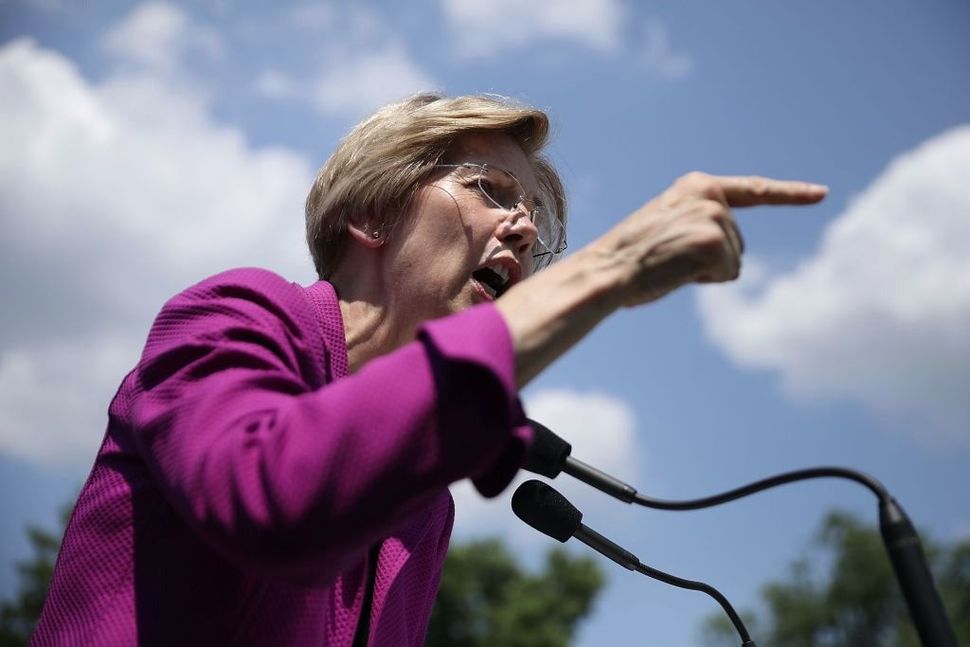 Groups opposing the proposed Israel Anti-Boycott Act registered another victory this week after progressive icon Sen. Elizabeth Warren joined the ranks of those critical of the legislation.

At an August 4 event, the Massachusetts Democrat was asked by an activist from Jewish Voice for Peace, a group fighting against the bill, for her opinion.

“I do not support the boycott, I think the boycott is wrong,” Warren said. “But I think outlawing protected free speech activity violates our basic constitution.”

This view seems to be in line with that of the American Civil Liberties Union, which asked senators to oppose the bill because it may prevent Americans from expressing their free speech in the form of boycotting Israeli products. Authors of the bill argue that it does not penalize individuals seeking to boycott Israel, and that it only targets companies adhering to boycott demands presented by foreign governments or international organizations.

New York Sen. Kirsten Gillibrand decided last week to withdraw her sponsorship of the bill after hearing from critical constituents during a town hall meeting.