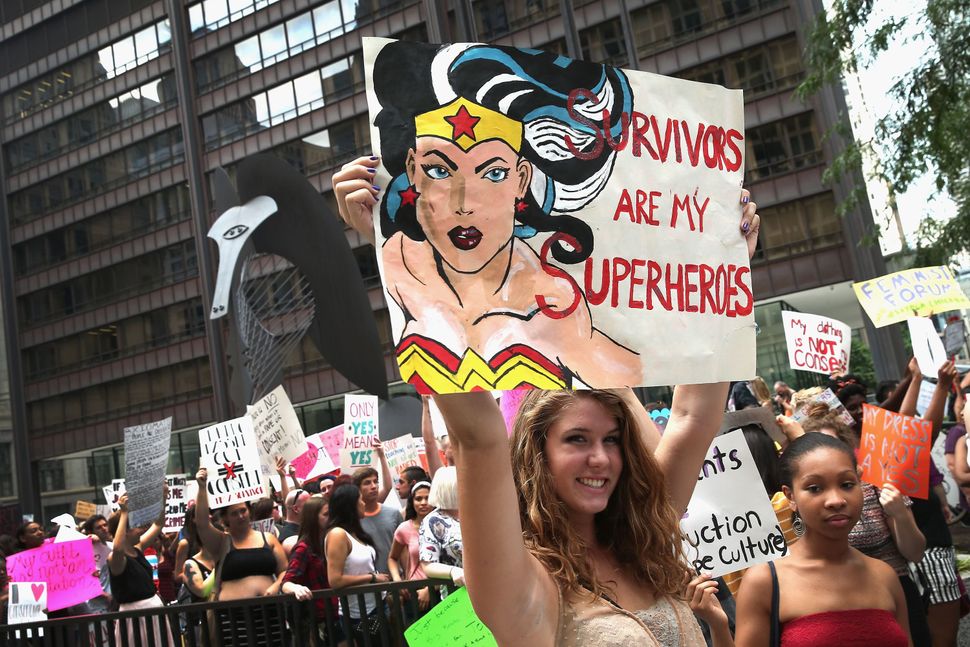 A marcher at the Chicago Slutwalk in 2013. Image by Getty

A group calling itself the “Zioness Movement” has announced it will be walking in the Chicago SlutWalk this Saturday.

The group was formed this summer, after the SlutWalk announced a ban on Zionist and Jewish symbols at their march. The SlutWalk organizers retracted the ban in late July.

“As Jews and Zionists, we seek justice and stand in solidarity with survivors, sex workers and activists,” Amanda Berman, a New York attorney and one of the group’s organizers, said in a press release. “The same values of human rights and self-determination at the heart of progressive causes also underlie Zionism, the movement to empower one of the world’s historically oppressed minorities.”

The SlutWalk is an international movement that protests rape culture and slut-shaming.

The Zioness group’s formation ahead of the SlutWalk comes after multiple incidents this summer in which Zionist marchers at various events — including several LGBT marches — encountered resistance from anti-Israel activists.