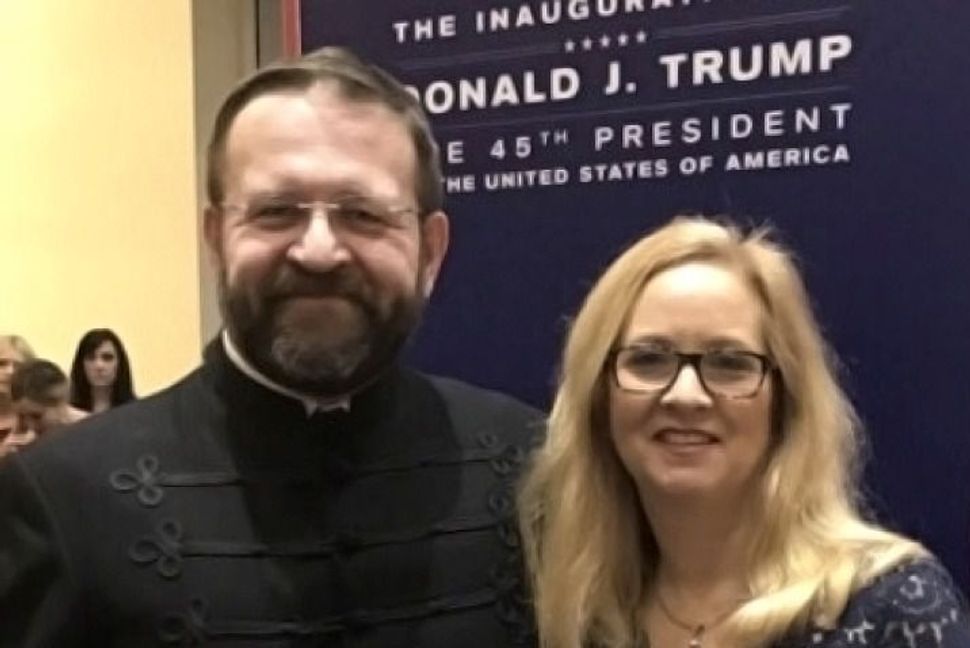 A group working to deradicalize white supremacists had been set to receive funding from the Department of Homeland Security until Trump aide Katharine Gorka worked to eliminate its grant.

Gorka, a homeland security official and the wife of controversial White House counterterrorism advisor Sebastian Gorka, was a member of President Trump’s transition team before his inauguration. As the Forward reported in May, she met with Homeland Security officials in December and told them that Trump didn’t agree with the Obama administration’s approach to funding Countering Violent Extremism (CVE) programs.

Shortly before he stepped down, Obama had awarded $400,000 to Life After Hate, which was founded by former white supremacists and works to help others renounce that ideology. It was the only group in a $10 million funding round focused exclusively on fighting white supremacist violence.

But Trump and then-Homeland Security Secretary John Kelly ordered a freeze on all CVE funding, and when the department published a new list of CVE grant recipients in June, Life After Hate was no longer listed.