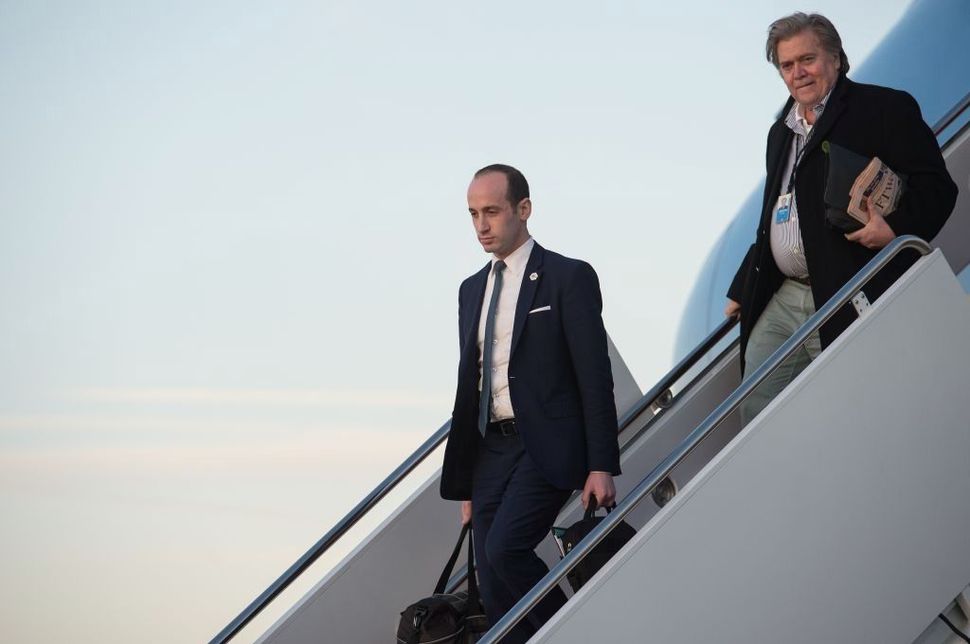 The letter states that “Americans deserve to know that white nationalists, white supremacists, and neo-Nazis are not in a position to influence U.S. policy.”

It cites Bannon’s role as the co-founder of the “alt-right” website Breitbart. “Under his direction and approval, this site published blatantly bigoted rhetoric about women, Muslims, and other minorities. It is no wonder that white nationalist groups, such as the KKK, have praised Mr. Bannon’s extreme political statements.”

It also says that Miller is a “well-known mentee of white supremacist Richard Spencer,” who was present at Charlottesville, and that Gorka “has extensive ties to anti-Semitic hate groups” — which were first reported by the Forward.

The letter was signed by chairs or co-chairs of the congressional Black, Asian Pacific American, Hispanic and progressive caucuses.