Zuckerberg: ‘As A Jew’ I’ve Wondered My Whole Life Why Nazis Hate 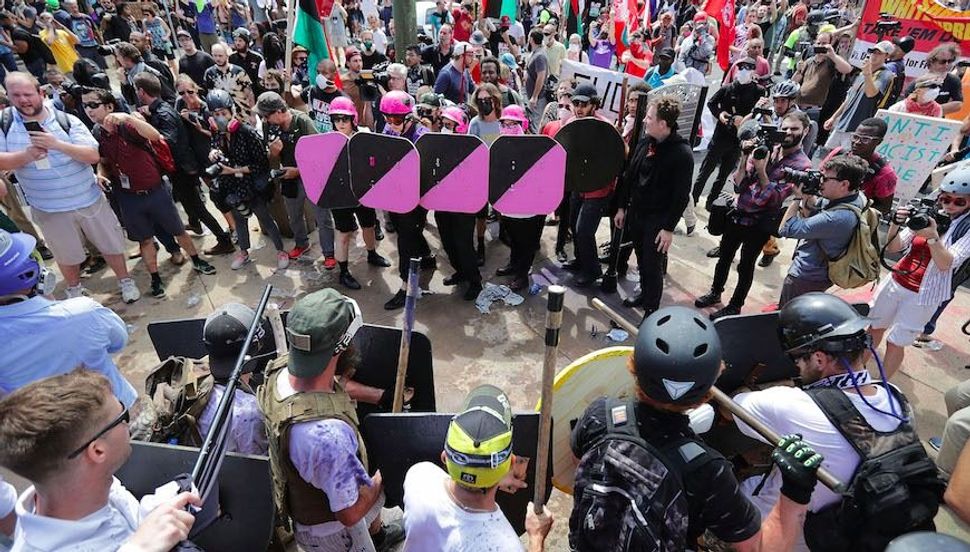 The mustering of neo-Nazis and white supremacists at Charlottesville on August 12 has caused some Jews not normally known for foregrounding that part of the identity to do so. Trump consigliere Michael Cohen did so on Twitter, trying to defend himself from charges of racism-by-association. Now Facebook co-founder and CEO Mark Zuckerberg has chimed in on his platform of choice.

Some pointed out that he had a lot more work to do.

tfw you built a machine that broke politics but it made you rich so you don’t want to admit it https://t.co/kPUmEmQZzE

Fortunately for all, as CNN anchor Jake Tapper tweeted helpfully, the High Holidays are coming.

Gonna be an uncomfortable Yom Kippur for some folks.

Zuckerberg: ‘As A Jew’ I’ve Wondered My Whole Life Why Nazis Hate