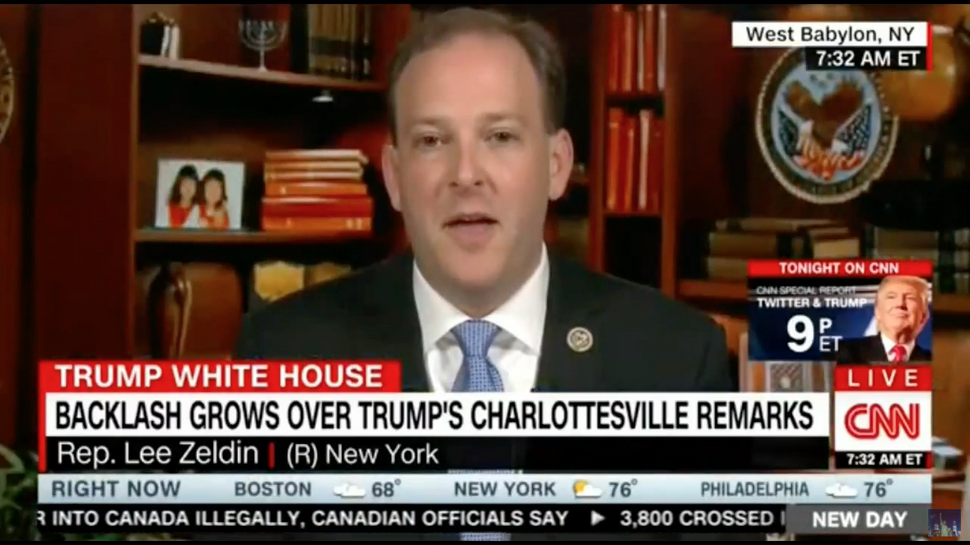 Congressman Lee Zeldin is the latest in a growing contingent of Jewish Republican political figures walking back their support for Trump. On CNN Friday morning Zeldin issued a more full-throated disagreement with the equivalence Trump drew on Tuesday between white supremacists and counter-protesters in Charlottesville, Virginia. Zeldin’s first statement on the matter backed Trump’s take.

“I don’t know of anyone who would be there, who would associate themselves with that particular protest, who are good people,” Zeldin said.

“Antifa bused in criminals with bats and pepper spray for the purpose of committing acts of violence targeting anyone who was part of the protest against Charlottesville bringing down the statue of Robert E. Lee, whether associated with the KKK or Nazism or neither,” Zeldin wrote on Tuesday.