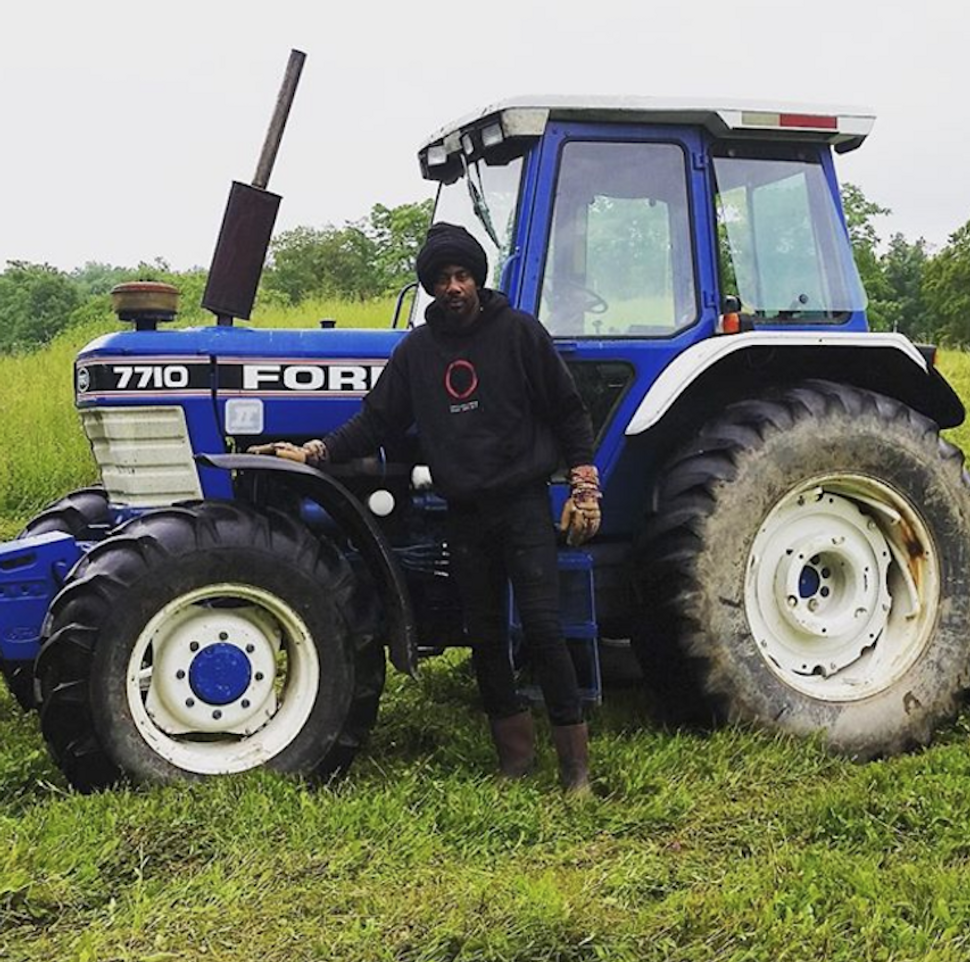 Hebrew Israelite basketball star Amar’e Stoudemire is working the land at his Hudson Valley farm, and quoting scripture as he’s doing it.

In a photo uploaded to Instagram on Sunday, Stoudemire, wearing work gloves and heavy boots, stands in front of a tractor on his 190-acre farm, located about two hours from New York City on the Hudson River.

“Therefore the Lord God sent him forth from the garden of Eden to till the ground from whence he was taken,” Stoudemire captioned the photo, using a passage from the book of Genesis and adding a string of hashtags — including “kosher,” “shalom” and “blessed.”

Stoudemire calls himself a Hebrew Israelite and was baptized in a Jesus-believing Chicago congregation called Israel of God. He also produced a documentary on the large Hebrew Israelite community of Dimona, Israel, and remains close to that group.

Hebrew Israelites are people of color, mostly African American, who identify as genealogical descendants of the ancient Israelites. The movement is broad and diverse.

Stoudemire relocated to Israel last year in move that was both professional and spiritual. Stoudemire, a six-time NBA All-Star, spent last season playing for Hapoel Jerusalem in the Israeli Premier League, where they won the championship. He saw his move to Jerusalem as a return to his ancestral homeland.

It is uncertain whether Stoudemire will return to Israel to play again this season.