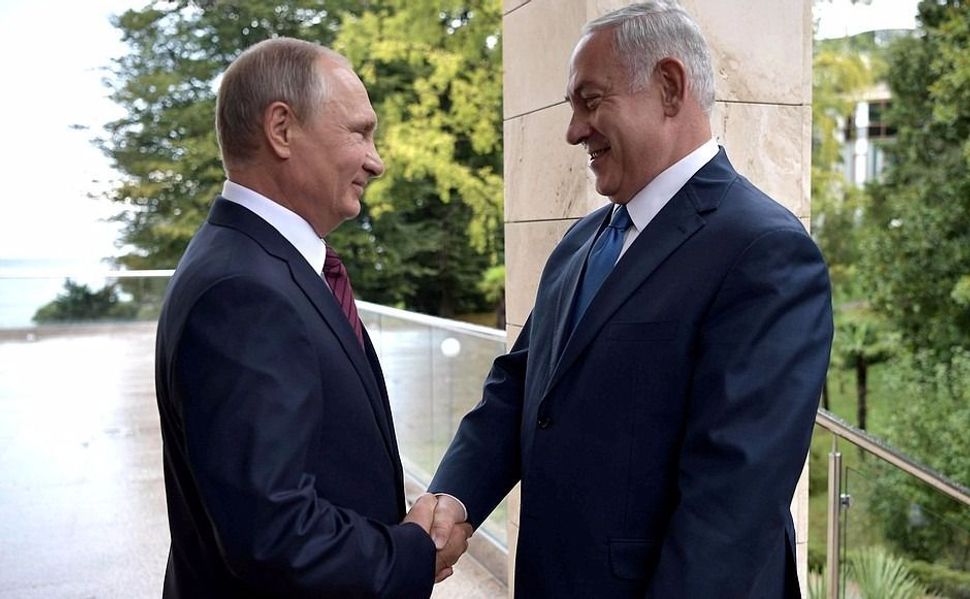 Israel fears an eventual Assad victory could leave Iran with a permanent garrison in Syria, extending a threat posed from neighboring Lebanon by the Iranian-backed Hezbollah.

“We cannot forget for a single minute that Iran threatens every day to annihilate Israel,” Netanyahu said. “Israel opposes Iran’s continued entrenchment in Syria. We will be sure to defend ourselves with all means against this and any threat.”

“We know the position of Israel towards Iran but we think that Iran in Syria is playing a very constructive role,” Russian U.N. Ambassador Vassily Nebenzia told reporters.

Netanyahu advisers have privately said their focus is on keeping Iranian forces away from the Israeli-controlled Golan Heights, the Syrian side of which falls under a partial truce brokered by Russia and the United States in recent weeks.

After the meeting, Netanyahu was due to fly back to Israel for talks with U.S. peace envoys Jared Kushner, Jason Greenblatt and Dina Powell, who are on a Middle East tour.