President Franken? Senator Al Says The Joke’s On You 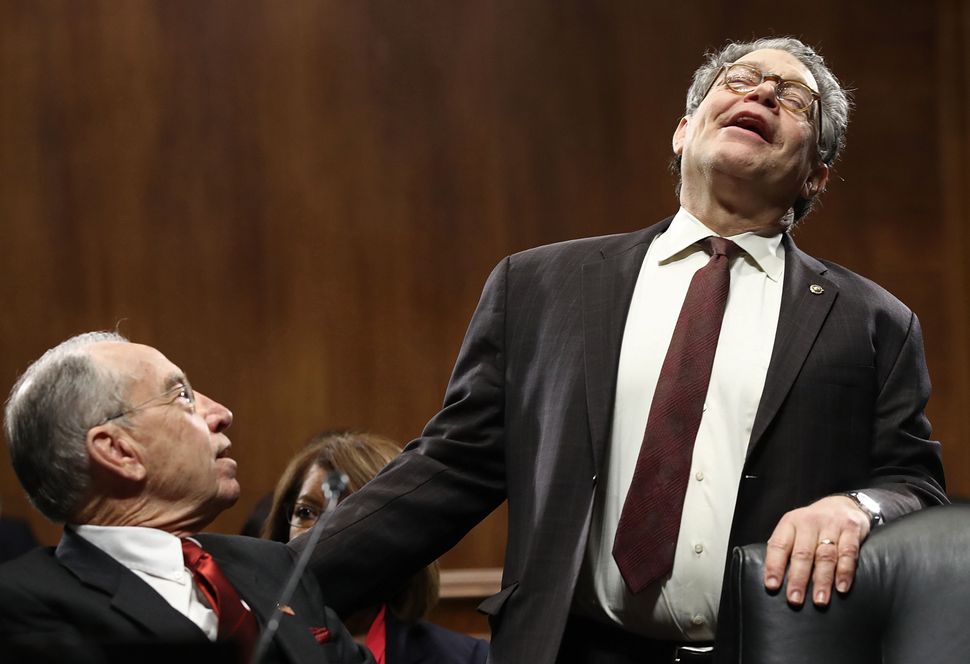 Though Al Franken’s friends say he could be talked into a 2020 run for the Presidency, the Minnesota Senator’s office is clamping down on any rumors of Franken’s presidential aspirations.

“Sen. Franken is not going to run for president in 2020,” a spokesman for Franken told The Hill.

Politicians who have worked with Franken believe that he would seek the nomination if he was convinced he could win without alienating many other Democratic colleagues.

“He’s not the type of person to crawl over everyone’s dead carcasses to get to the White House,” R.T. Rybak, the former mayor of Minneapolis and a Democratic National Committee vice chairman, told The Hill.

Franken is seen by members of Congress on both sides of the aisle as a strong candidate for the 2020 election. However, the Senator insists in public and private that he is focused on his day job.

“You can never say that the circumstances wouldn’t all come together where there is a movement for him,” said Norm Ornstein, a scholar at the American Enterprise Institute and friend of Franken. “But I can tell you … this is not something he plans to do or wants to do.”

President Franken? Senator Al Says The Joke’s On You