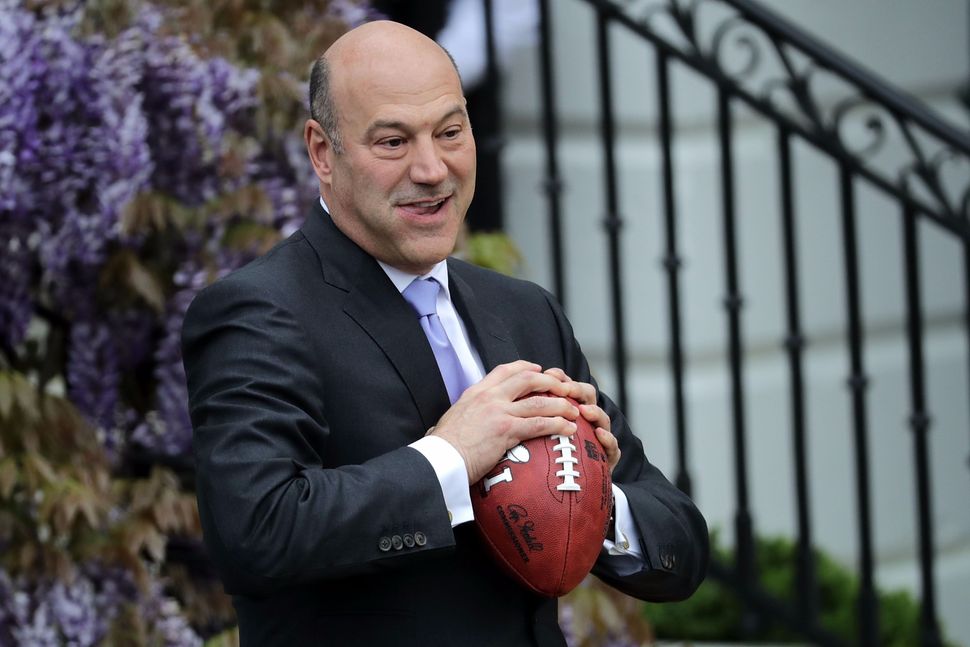 The White House’s director of the National Economic Council, Gary Cohn, grabbing a football by the seams. Image by Getty

Gary Cohn, the director of the National Economic Council, had been standing next to the president at a Trump Tower press conference when the leader of the free world said that there were “very fine people” marching among the neo-Nazis in Charlottesville. Cohn wrote a resignation letter after that, but never signed it or discussed it with the president, the Post reported.

But Cohn made his feelings known: he said in an interview with the Financial Times that the White House “can and must do better in consistently and unequivocally condemning” hate groups.

He also complained loudly about Trump when dining at a Long Island restaurant called the Frisky Oyster — so loudly that others were able to overhear him.

Nevertheless, Cohn said that he would not resign due to Charlottesville. ““As a Jewish American,” Cohn told the Financial Times, “I will not allow neo-Nazis ranting ‘Jews will not replace us’ to cause this Jew to leave his job.”