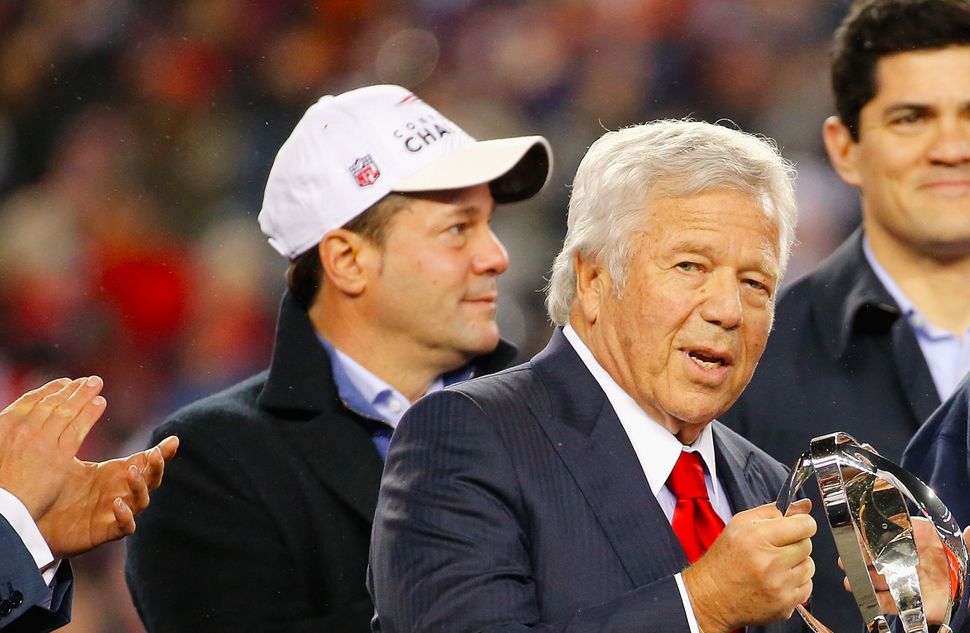 New England Patriots owner Robert Kraft pledged to match up to $1 million in donations to the American Red Cross to support those affected by disastrous flooding in Texas.

The unprecedented rainfall in Houston has claimed at least 10 lives, displaced tens of thousands of people, and caused billions of dollars worth of damage. Jewish organizations across the country have pledged to help, and Kraft, a noted philanthropist, joined several other NFL owners in donating.

“Houston is a special city to our family and our organization,” Kraft said in a press release.

The Patriots won two of their five Super Bowls in Houston, including a stunning, come-from-behind performance against the Atlanta Falcons in February. Several New England players come from the Houston area.

“Houston could not have provided more support to us during those visits, and we welcome the opportunity to provide this support when Houston needs it most.”

Donations to the American Red Cross can be made here.