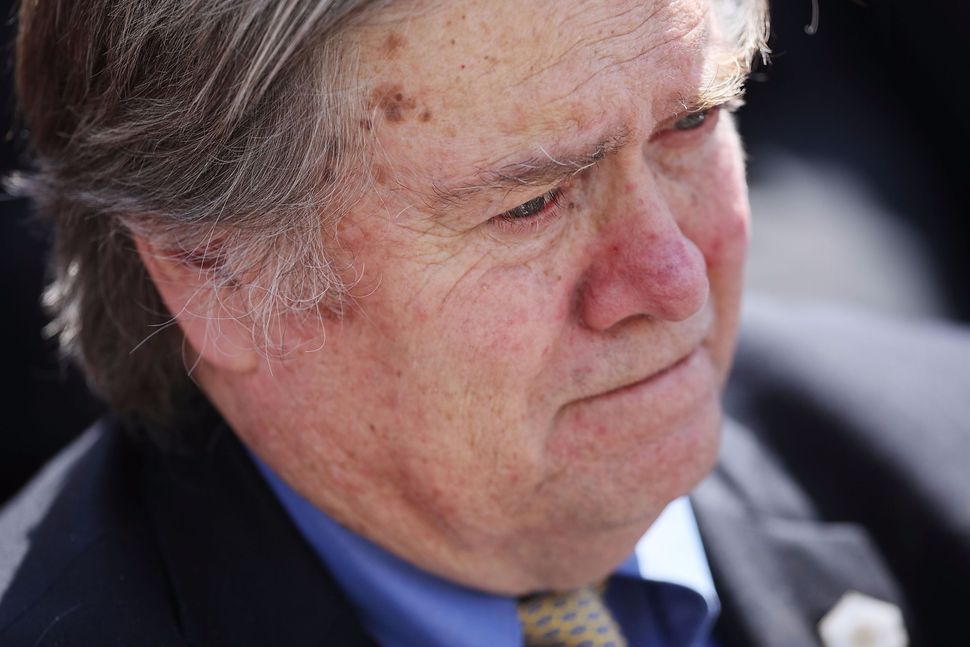 The evangelical Christian “firefighter prophet” Mark Taylor — who believes that Donald Trump was lifted up by God to bring America and Israel closer together in a sacred union — is now saying that Steve Bannon’s ouster from the White House is also part of God’s plan.

In a podcast last week, Taylor suggested that Bannon will be a powerful help to Trump (and God) now that he is out of the administration. Bannon is better able now to attack mainstream “news media” from his position at Breitbart News, Taylor suggested.

“I think it was purposefully done this way, to bring Bannon in, let him see the inner workings of the beast, and see who the beasts actually are, and then come out, and then wage war against them on the outside,” Taylor said.

Taylor read a portion of what he said was a message given to him by the “Spirit of God” this summer, to argue that Bannon was part of God’s prophecy.

Taylor claims God came to him in a voice that said, “The news media, the news media, you have become a stench unto my nostrils, there is no spirit of truth in you… the news outlets will go down, bankrupt, and I the Lord God will rebuild them using my righteous people to restore them.”

The “firefighter prophet” is one of a handful of self-styled apostles and prophets that researchers term Christian Dominionists. They seek to transform America into a pure “Christian nation” through political activism — and believe that Jesus Christ will return to earth once this has happened.