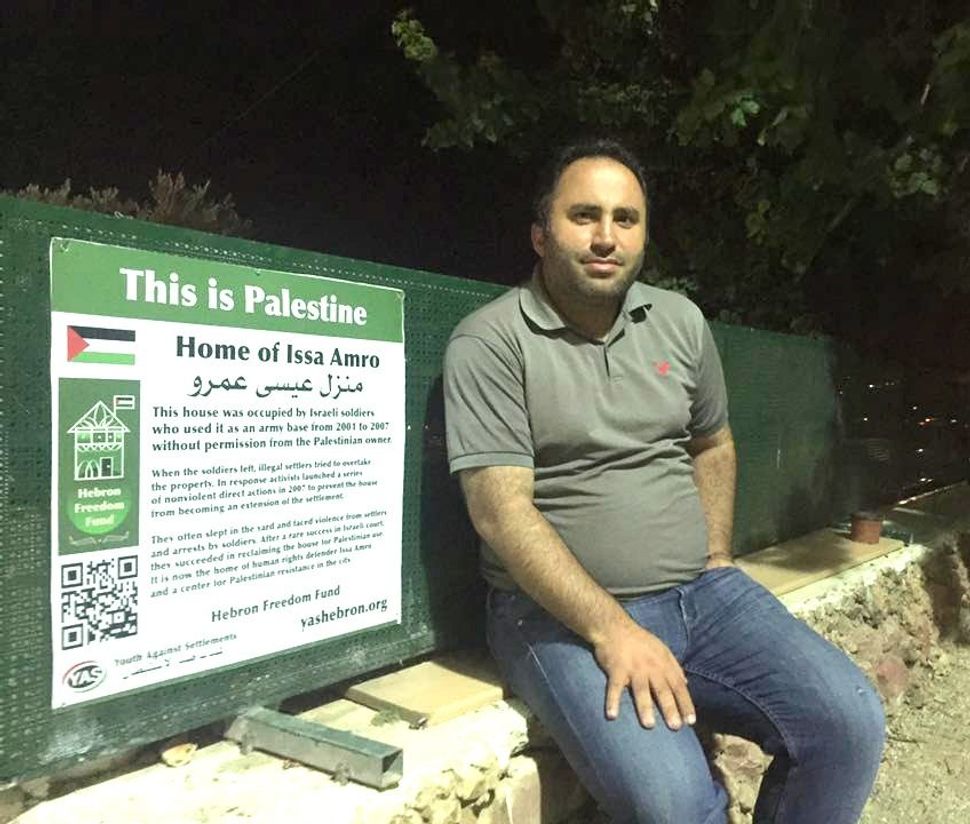 A Palestinian journalist was arrested over the weekend for writing a Facebook post critical of Palestinian Authority President Mahmoud Abbas — and a prominent activist was in turn arrested for criticizing that arrest.

Palestinian security forces arrested radio reporter Ayman Qawasmeh on Sunday, with local media reporting that the arrests came after he called for the resignations of Abbas and P.A. Prime Minister Rami Hamdallah.

Amnesty International slammed the arrests. “Issa Amro’s arrest is the latest evidence that the Palestinian authorities are determined to continue with their repressive campaign against free speech,” Magdalena Mughrabi of Amnesty said in a statement.

The statement also noted “a chilling escalation in attacks on media and freedom of expression by both the Palestinian authorities in the West Bank and the Hamas de facto administration in Gaza, detaining a string of journalists and shutting down opposition websites.”

Amro is currently on trial in an Israeli military court for incitement, though the case is on adjournment until October.

Amro wrote in the Forward last week about his advocacy efforts in Hebron.