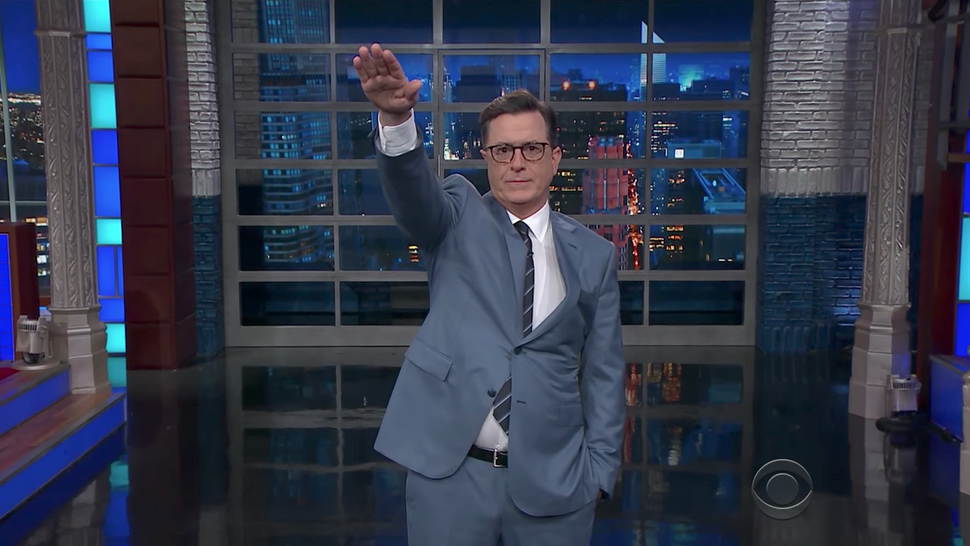 Stephen Colbert ended his opening monologue with a gesture towards Trump — a Nazi salute, to be precise.

After roasting Stephen Bannon following the former Trump adviser’s intense interview with Charlie Rose, Colbert gave a guess as to where Trump’s support level is at.

“I’d say his support is about… about up there,” Colbert said, raising his right hand in a peculiar manner.

They also said it wasn’t too funny.

“The outrage should be over how utterly lame the joke was, not the actual salute,” Paul Joseph Watson, a contributor to the online conspiracy publication Infowars, wrote on Twitter.