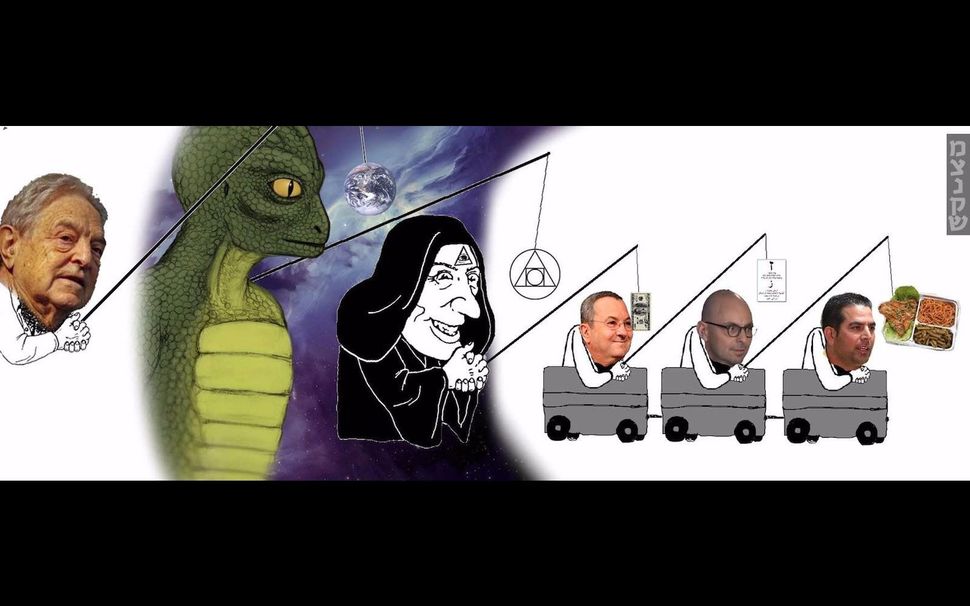 In a post titled, “Netanyahu’s Son Posts Awesome Meme Blaming the Jews for Bringing Down his Jew Father,” the neo-Nazi website the Daily Stormer dubbed the younger Netanyahu a “total bro.”

The meme — posted by on Friday and since deleted — appeared to be an Israeli take on a classic anti-Semitic cartoon suggesting that Jews control the United States. But here, the meme got an Israeli send up, showing Benyamin Netanyahu’s political adversaries: billionaire philanthropist George Soros, former Israeli prime minister Ehud Barak, activist Eldad Yaniv, and Meni Naftali, a former housekeeper for the Netanyahus who sued them.