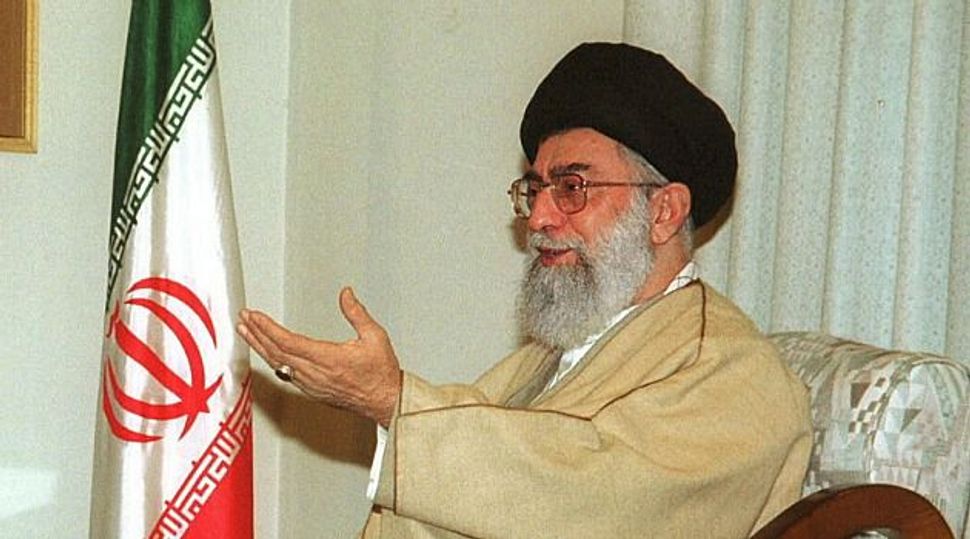 (JTA) — Ayatollah Khamenei, Iran‘s supreme leader, warned the West of unspecified consequences should it increase pressure on Iran regarding the nuclear deal and other issues.

U.S. and European officials will in coming weeks consider means of increasing pressure on Iran for its missile tests, its backing for terrorism and its military adventurism.

JCPOA refers to the Joint Comprehensive Plan of Action, the agreement brokered in 2015 with the world powers which trades sanctions relief for a rollback of Iran’s nuclear program.

The Trump administration, backed by Israel’s government, wants to amend or scrap the nuclear deal. European nations prefer to increase pressure on Iran outside the scope of the deal. According to U.S. law, Oct. 15 is the next deadline for Trump to certify that Iran is abiding by the deal.

In a series of tweets on Sunday, Khamenei said any increased pressure is unacceptable. He also specifically called out the United States, calling it the “great Satan.”

“Every day US govt. exposes a new side of its viciousness & proves Imam Khomeini’s words true: US govt. is the great Satan. #JCPOA,” read one tweet.

“As we see despite all deals & multiple talks on #JCPOA, US attitudes towards talks & their outcomes are totally oppressive, hounding& cruel,” he tweeted.