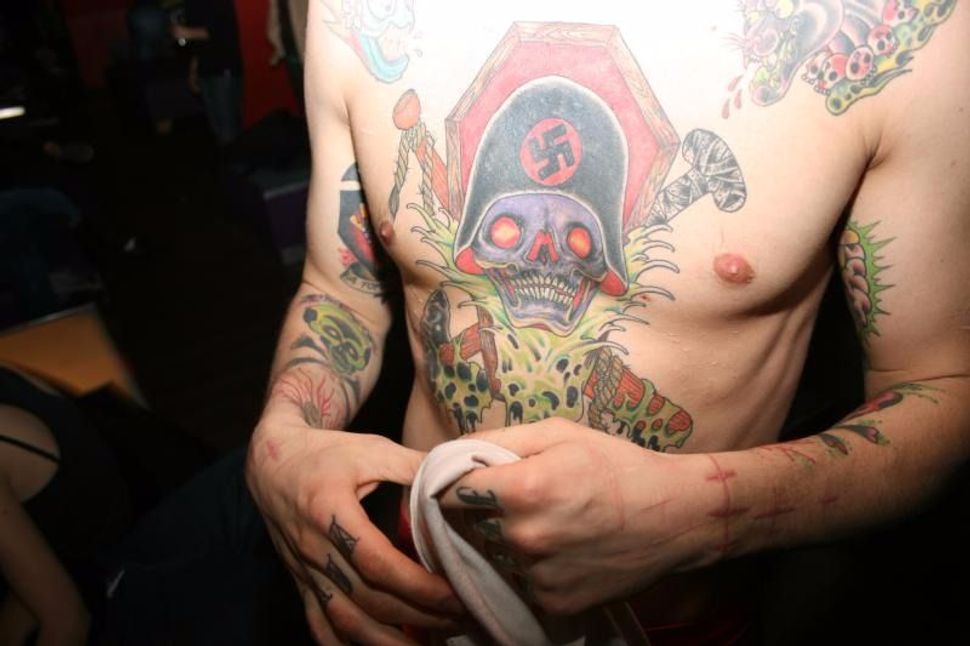 A former neo-Nazi was inspired to turn his life around—even going through the painful process of covering up his swastika tattoo—after befriending his African-American parole officer.

Michael Kent of Colorado, who spent years as a member of a violent skinhead gang, told ABC News that officer Tiffany Whittier also inspired him to remove the Nazi flags from his home and replace them with smiley faces.

“I’m not here to judge him. That’s not my job to judge. My job is to be that positive person in someone’s life,” Whittier said.

Redemption Ink, an organization that helps former racists remove their tattoos for free, arranged Kent’s new ink session—the first time he had gotten a tattoo by a professional. His previous markings were done in prison.

He hoped his story would inspire his children to choose a better path.

“I don’t want my kids to live the life I lived and live with hate,” he said. “I want my kids to know me for who I am now—a good father, a hard worker, and a good provider.”