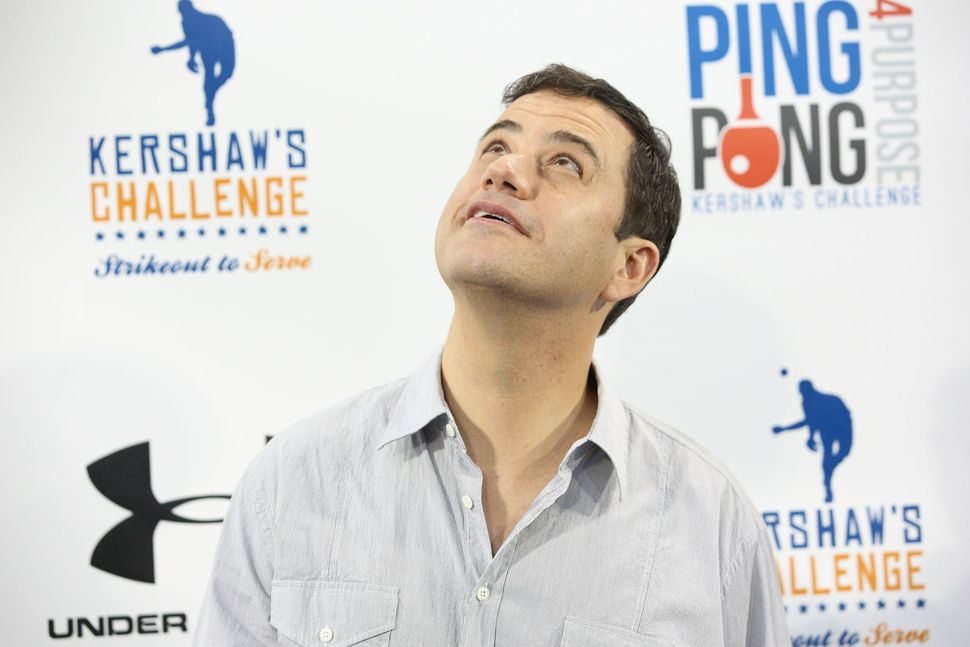 Jimmy Kimmel had a novel response to the news that Jared Kushner had registered to vote in New York as a woman and that the real estate scion had used private email services in his White House work: lock her up.

Kimmel’s riff combined the two news stories – about e-mail and voter registration – in a nod back to last November’s presidential campaign. The “lock her up” slogan became a popular chant at President Trump’s rallies in reference to Hillary Clinton, who was under fire for using a private e-mail server during her time at the State Department.

The revelations that Kushner used private e-mail for official business has raised hackles of hypocrisy from Democrats. Meanwhile, Kimmel has become more political since the recent fight over Obamacare, where his on-air activism has been credited with mobilizing opposition to a repeal bill.