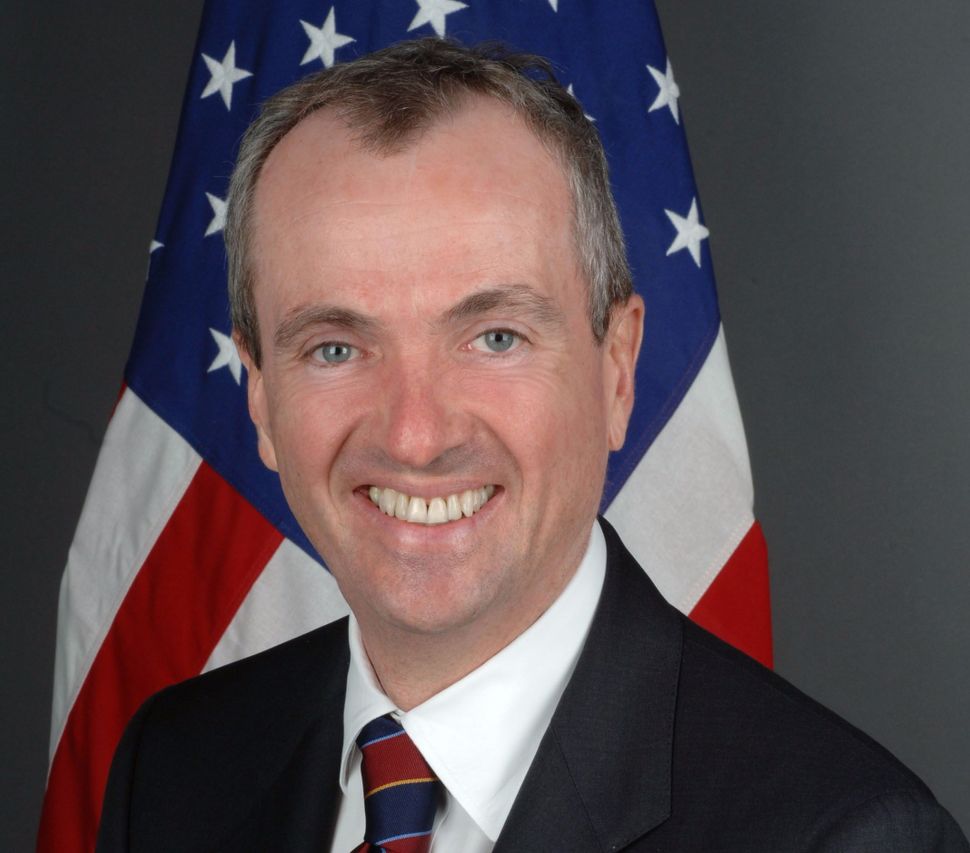 Former U.S. Ambassador to Germany Phil Murphy is the Democratic nominee for governor of New Jersey. Image by U.S. Department of State

The Democratic nominee for governor of New Jersey announced that he supports a new law barring the state pension fund from investing in companies that boycott Israel—placing him on the opposite side of the issue as his running mate.

Phil Murphy, a financier and former U.S. ambassador to Germany who won the party’s nomination in June, was asked by a reporter on Friday if he would have voted for the law when it was debated in August.

But the Democratic nominee for lieutenant governor, Sheila Oliver, was one of three people in the state assembly to have voted against the bill, which was signed into law by Gov. Chris Christie.

“I’m the former United States ambassador to Germany, and I have deep, deep relations not just with the Jewish community there and in New Jersey, but with the state of Israel,” added Murphy. “I am all in with having the back of Israel.”

A Murphy spokesman replied that Guadagno’s running mate, Carlos Rendo, is under federal investigation for discriminating against an Orthodox Jewish group in the town where he is mayor.