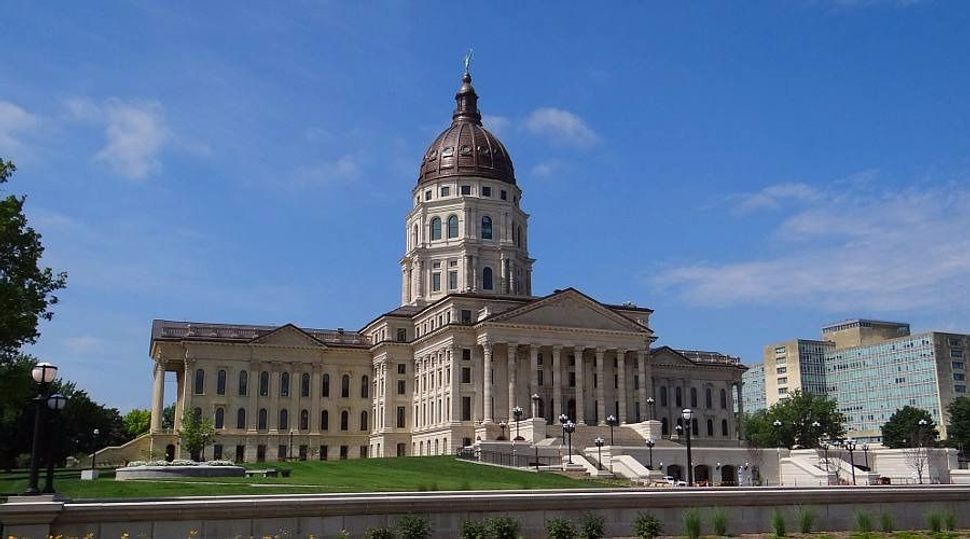 The ACLU said Wednesday it was representing public school math teacher Esther Koontz, who was denied a state contract because she participates in the anti-Israel boycott.

The law, which took effect on July 1, requires that any person or company that contracts with the state submit a written certification that they are “not currently engaged in a boycott of Israel.”

“This law is an unconstitutional attempt by the government to silence one side of a public debate,” ACLU attorney Brian Hauss said in a statement.

The ACLU said it takes no position on the boycott of Israel or any other country.

Koontz, who said she shares her opposition to Israel’s treatment of the Palestinians with other members of her Mennonite congregation in Hutchinson, Kansas, sought a training position with the Kansas Department of Education’s Math and Science Partnerships program.

“I’m disappointed that I can’t be a math trainer for the state of Kansas because of my political views about human rights across the globe,” she said.