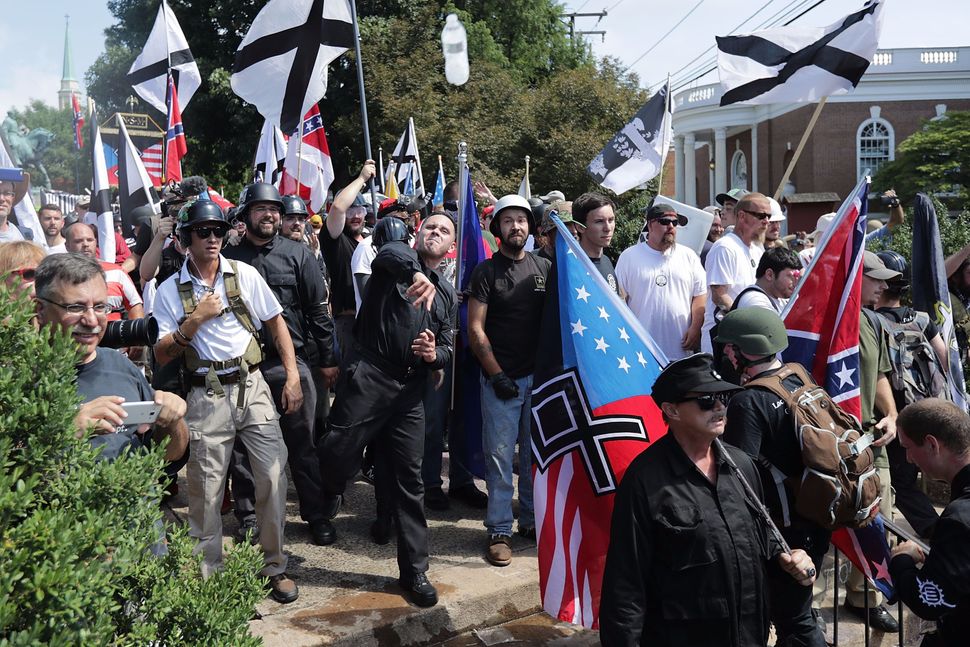 In a useful new guide, experts from the Southern Poverty Law Center explain the meaning behind popular white supremacist slogans — from the perhaps obvious, like “White lives matter,” to the more cryptic, like “Harry Potter isn’t real.”

The slogan “You will not replace us” — which morphed into “Jew will not replace us” during the Charlottesville, Virginia white supremacist rally, is a phrase popularized by Nathan Damigo, founder of the white-nationalist group Identity Evropa. The phrase is a mocking response to an anti-Donald Trump campaign from actor Shia LeBeouf, called “He will not divide us.” The chant evokes the common white nationalist fear that white people are under attack from multiculturalism.

Another slogan that was heard at the Charlottesvillr rally is “Blood and Soil.” This is an explicit Nazi reference — a simply English translation of “Blut und Boden,” a phrase popularized by Nazi thinker Richard Walter Darre.

But what about “Harry Potter Isn’t Real”? This “seemingly odd chant,” the SPLC writes, reflects how the alt-right is fluent in pop culture. J.K. Rowling’s Harry Potter series, which pick up the theme of combating prejudice in a fantasy world, are “frequently attacked at ‘alt-right’ online forums and castigated for ostensibly brainwashing schoolchildren” into embracing the series’ themes of inclusion. Rowling has also sparred with online “alt-right” trolls.