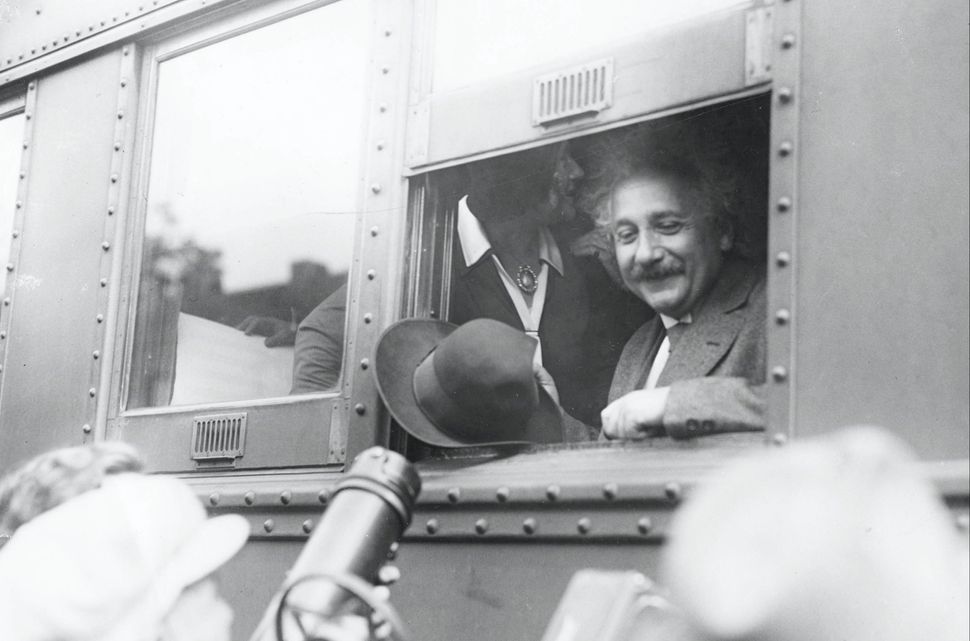 A scribbled note by Albert Einstein containing the beloved physicist’s theory on happiness sold for a record $1.6 million dollars at an auction this week in Jerusalem, the Guardian reported. Original estimates for the value of the document — a scribbled note given to a courier in Tokyo — were between $5,000 and $8,000.

Einstein’s valuable advice? He wrote that “a quiet and modest life brings more joy than a pursuit of success bound with constant unrest.”

“I am really happy that there are people out there who are still interested in science and history and timeless deliveries in a world which is developing so fast,” the seller, who wished to remain anonymous, said after the sale.

It was the highest amount ever paid for a document at an auction in Israel, according to auctioneers. A second Einstein note written at the same time — it reads, “where there’s a will, there’s a way” — sold for $240,000.

Einstein gave the courier the “tip” after receiving a message at a Tokyo hotel in 1922 — just after having been notified he would receive the Nobel Prize in Physics.

“Maybe if you’re lucky those notes will become much more valuable than just a regular tip,” Einstein reportedly told the messenger.