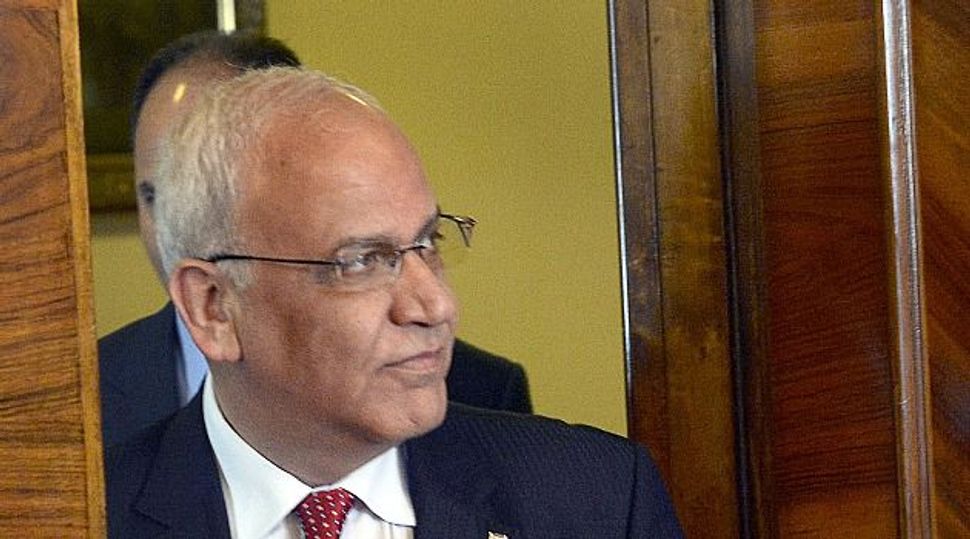 “They went to visit him to see how he was feeling after surgery and to show support to Saeb, his wife and his son,” a White House official said Wednesday when JTA asked about a report that the two men, who are both Jewish, had gone to see Erekat at a hospital in suburban Washington, D.C.

“Ambassador Husam Zomlot was present, too,” she said, referring to the PLO envoy to Washington. “They went to see him after the surgery and wish him wellness and better health.”

Kushner is a senior adviser to Trump and is supervising the effort to reconvene Israeli-Palestinian peace talks.