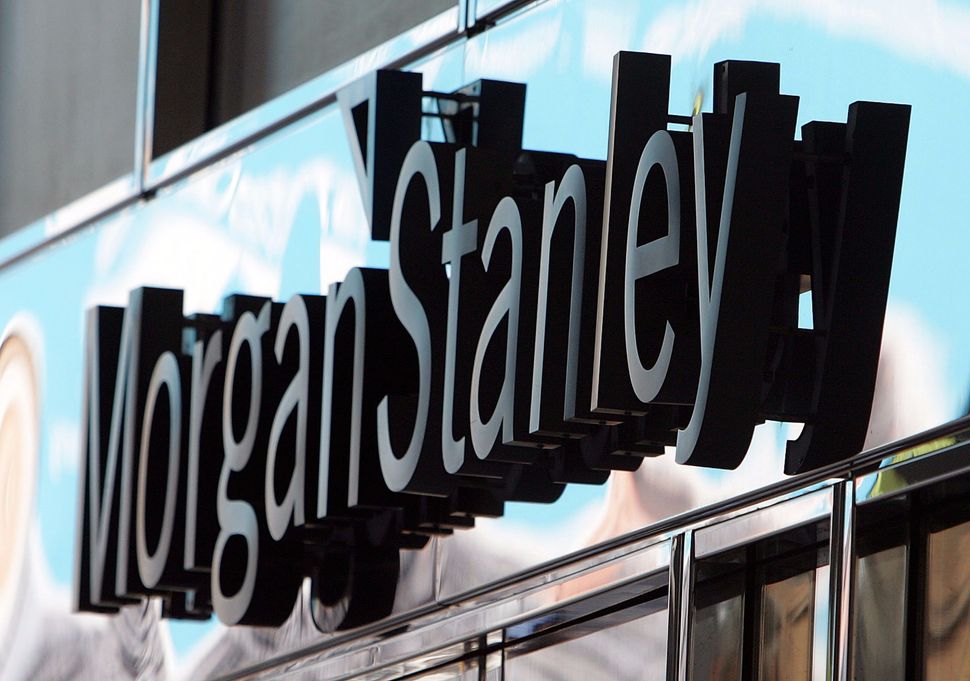 A Staten Island man is claiming that Morgan Stanley, his former employer, fired him for pursuing Hasidic clients, SILive.com reported. Michael Pellegrino, a stockbroker, says that his bosses referred to Hasidic Jews as “unicorns” and disparaged him for having an association with the ultra-Orthodox Jewish community.

According to a wrongful termination suit filed by Pellegrino, the head of compliance at Morgan Stanley told him it would be “bad for the company” if they were seen doing business with Hasidic Jews.

“And he tells him don’t work with these unicorns, as if to say that the people in the Jewish community are these mystical beings, that they have horns,” Paul Liggieri, Pellegrino’s lawyer, said of the exchange. “I’m disgusted by it.”

Pellegrino says he submitted four applications to work with Hasidic individuals, all of which were rejected.

“I want to restore my reputation and career,” he said. “They destroyed me. My license has been tarnished. My clients were tarnished.”

Update, 11/8/17 5:50pm — In an emailed statement, a spokesperson for Morgan Stanley said the company “denies any wrongdoing in connection with his termination and any suggestion that ethnicity or religion played a role in that decision is completely false.”