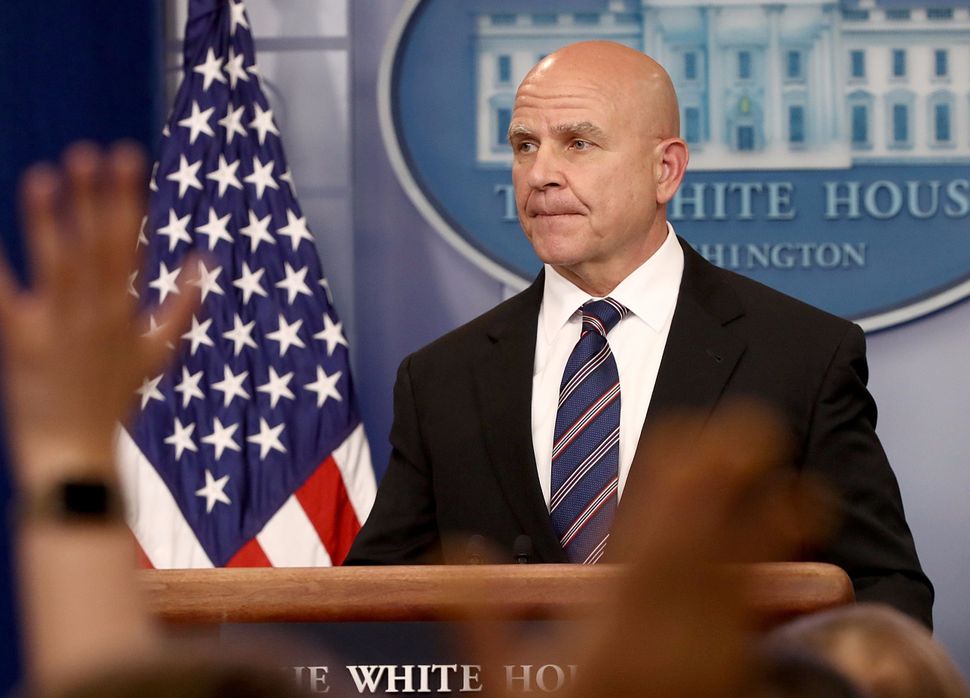 According to a report in Buzzfeed Monday, National Security Adviser H.R. McMaster mocked Donald Trump’s intelligence at a meeting with powerful CEOs. According to five sources, McMaster told a group that included Oracle CEO Safra Catz that Trump is an “idiot,” a “dope” and has the intelligence of a “kindergartner.”

Does this mean that Ezra Cohen-Watnick is back?

Back in March, Cohen-Watnick was revealed as one of the White House staffers who gave information about the Trump campaign’s connections to Russia to Representative Devin Nunes. Nunes then turned around and shared that information with the Trump.

At the time of the leak, Cohen-Watnick was working under McMaster as senior director of intelligence for the National Security Council. McMaster was finally able to fire Cohen-Watnick in August, after General John Kelly purged the White House staff of Steve Bannon — a big supporter of Cohen-Watnick.

And where did Cohen-Watnick go after leaving public service? To the powerful lobbying arm of Oracle.

Coincidence? Only time will tell.