The paper identified him as one of two staffers who explosively gave information on intelligence gathering in the Russia probe to Republican House Intelligence Committee Chairman Devin Nunes, a move that potentially compromised the lawmaker’s role in the bombshell probe. 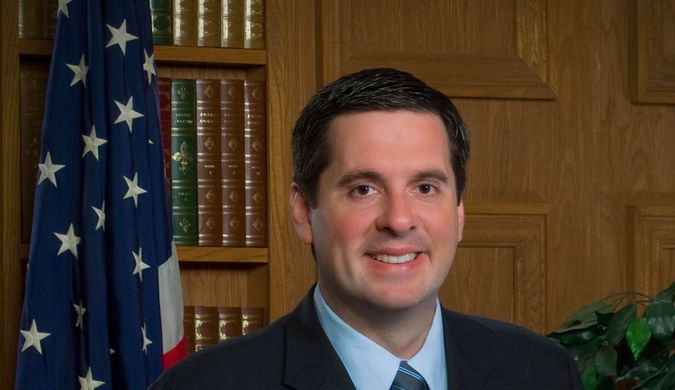 Cohen-Watnick grew up in Chevy Chase, Maryland, just outside the nation’s capital, and attended the nearby Conservative synagogue Ohr Kodesh. Last November he celebrated his engagement to Rebecca Miller at the synagogue.

He attended the University of Pennsylvania, graduating in 2008. Cohen-Watnick began working as an intelligence analyst at the Defense Intelligence Agency after college. At the DIA, Cohen-Watnick met Flynn, the then-director who was later removed from his position during the Obama administration.

For what it’s worth, I find it almost inconceivable that young Mr. Cohen-Watnick and Mr. Ellis were acting on their own at the White House.

After Trump won the November election, Flynn brought Cohen-Watnick from the DIA to the Trump transition team, where the young staffer, according to The Washington Post, was among the few Trump advisers to hold a top security clearance. He participated in high-level intelligence briefings and briefed Trump, Vice President Mike Pence and their team on national security issues.

When Flynn was appointed to lead the National Security Council, he hired Cohen-Watnick to work with him there. But Flynn served as national security adviser for less than a month before being asked to leave following revelations that he had maintained ties with Russia during the campaign.

Flynn’s successor, Lt. Gen. H. R. McMaster, sought to remove Cohen-Watnick from the team, following input from the CIA director who pointed to problems intelligence officers had when dealing with Cohen-Watnick. Questions were raised about his ability to carry out the position of senior NSC director for intelligence programs, who oversees ties with intelligence agencies and vets information that should reach the president’s desk.

But Cohen-Watnick was spared when Trump personally intervened, reportedly after top White House aides Sphen Bannon and Jared Kushner stepped in. Cohen-Watnick still serves as senior director at the NSC.

Cohen-Watnick is known for holding hawkish views on national security issues and of being a proponent of an American tough line toward Iran.

The Times said that Cohen-Watnick became swept up in the Russia probe this month, shortly after Trump wrote on Twitter about unsubstantiated claims of being wiretapped on the orders of the former president Barack Obama.

Cohen-Watnick apparently was reviewing highly classified reports detailing the intercepted communications of foreign officials that consisted primarily of ambassadors and other foreign officials talking about how they were trying to curry favor with Trump’s family and inner circle in advance of his inauguration.

He and another aide, identified as Michael Ellis, came across information that Trump aides may have been inadvertently caught on some of the surveillance.

Nunes says he went to the White House to meet with the aides, whom he has refused to identify. Nunes wolud not share the information with his colleagues on the committee but did brief Trump, raising major questions about his independence.