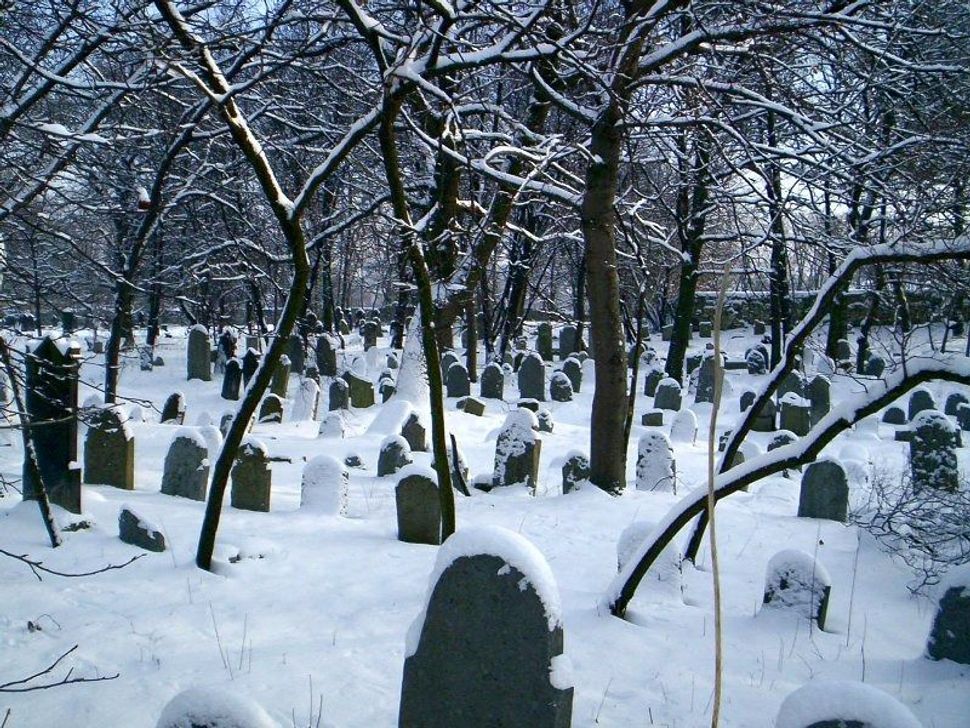 The Jewish cemetery in Chrzanow, Poland. Image by Wikimedia Commons

WARSAW, Poland (JTA) — A monument commemorating Jews murdered in a small town in southern Poland during World War II may be removed.

The owner of the land on which the memorial is standing has asked the local government of Chrzanow to remove the monument. It is believed that he wants to sell or lease the land.

The mayor of the town informed the Jewish community in nearby Katowice about the request to remove the monument. Members of the Chrzanow town council are now discussing how to commemorate the murders should the monument ultimately be removed, including asking whoever builds on the land to put a memorial plaque on the building which arises in place of the monument.

“Poles also have their memorial places abroad and are fighting for them like lions. Therefore, we should respect such places in our area. People who died there were also Polish people,” said town councilman Kamil Bogusz in an interview with the newspaper Przełom.