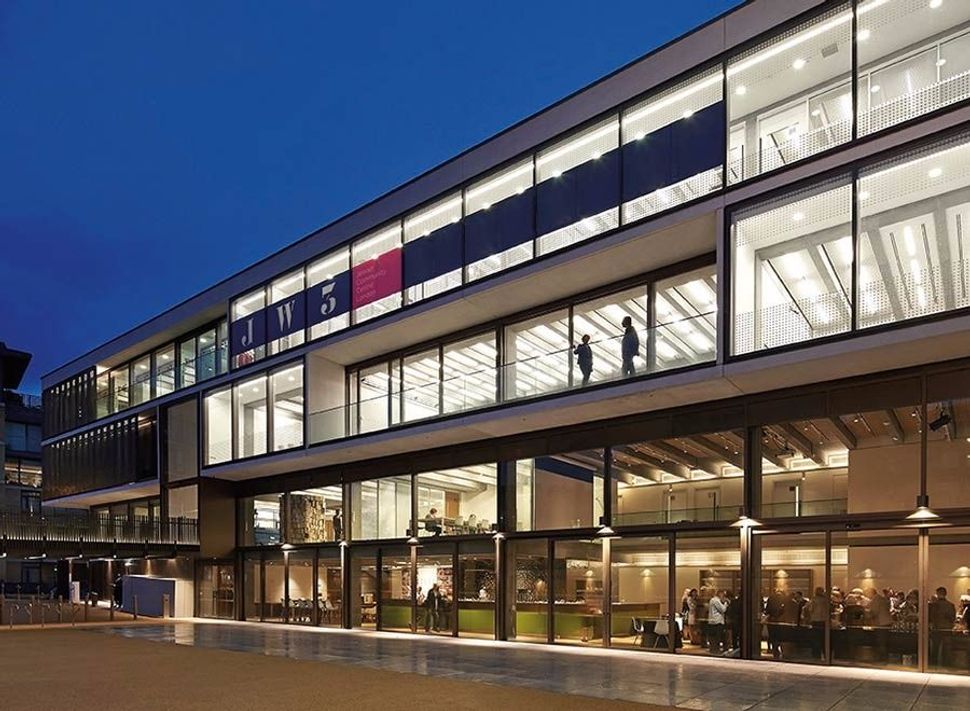 A group of ultra-Orthodox rabbis have issued a letter urging community members to boycott JW3, the four-year-old Jewish community center in London.

The letter, signed by 25 rabbis, says that some programs at JW3 “promote a way of life which is in total contradiction to Orthodox Judaism and halachah [Jewish law].”

It adds that “members of our community should distance themselves fully from JW3, its activities and services and refrain from visiting JW3 even for recreational purposes only.”

One of the rabbis listed as signatories, Dayan Abraham David, sits on the committee responsible for certifying the kosher status of JW3’s restaurant, Zest. But the Jewish Chronicle reported that David did not authorize the use of his name in the letter.

The Observer reported that the boycott call was likely prompted by a Hanukkah party at JW3 organized by Imahot v’Avot, an organisation for LGBT Jewish families.

Four of the rabbis also signed another letter in July criticizing JW3 for organizing a panel celebrating 50 years since the decriminalization of homosexuality in the United Kingdom.

JW3 CEO Raymond Simonson told the Observer that he believed the letter was meant to cause pressure that would lead to the revokation of Zest’s kosher certification.