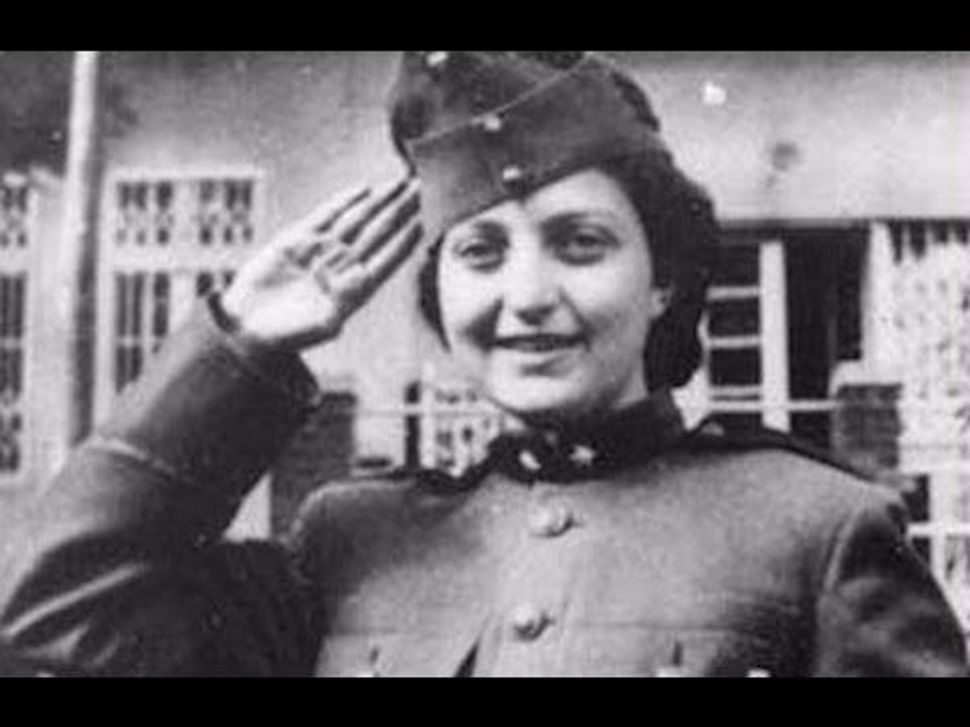 When Twitter user @xnulz asked followers whether they could “name a b**** badder than Taylor Swift,” she likely didn’t anticipate that her post would go viral and receive over 10,000 replies.

Many of the answers mentioned historical figures of some renown:

Hannah Szenes was a paratrooper during WWII from British Palestine, dropped into Hungary to help smuggle out Jews. She was captured and tortured. She never revealed any information to the Nazis. She was executed by firing squad. Her poetry survives. https://t.co/O8I9ZpJ42Y

Dr. Ruth Westheimer @AskDrRuth was smuggled out of Germany at the start of the Holocaust where her parents were killed. At 4’7” she trained as a sniper by the Palmach & was seriously wounded in action during Israel’s war of Independence. Went on to become a leading expert on sex. https://t.co/TBPMqy3wRw

Other historical figures were more obscure, but no less impressive:

Franceska Mann was a Polish/Jewish ballet dancer who upon arriving at Auschwitz concentration camp stripped naked, started dancing seductively, until an SS officer drew close enough for her to pull his pistol, shoot him dead and wound a second Nazi before being murdered herself. https://t.co/DiuOpYCAgB

Annie Kopchovsky accepted a wager to be the first woman to cycle around the World in 1894 – she was Jewish in a very anti-Semitic era, 5’3”, and hadn’t ridden a bicycle until a few days before the trip. She made it in 15 months, self-funded. https://t.co/hArSposOmj

Vera Atkins, a Jewish woman, got herself a job as an administrator for the Nazis in Romania. She sent all the information she gathered directly to Winston Churchill, then escaped and led the British SOE recruit female codebreakers. https://t.co/4ln326YILb

Hadar Cohen, a 19-year-old Israeli border policewoman who gave her life for the state of Israel, fighting off 3 Palestinian terrorists equipped with guns, knives, and pipe bombs. Despite being shot in the head, she managed to fire at the terrorists before losing consciousness. https://t.co/I2JrOwrSgM

And some respondents shared their own family stories:

I had a great-aunt who escaped a concentration camp after being shot and left for dead in a ditch full of bodies and survived the rest of World War 2 living in a refrigerator box in someone’s basement. https://t.co/f5gJvHZtsE

My grandmother escaped Iraq when she was 19 y/o with her baby, after her father was executed for being Jewish, got to Israel where she didn’t speak the language and had nothing but her clothes she was wearing. She had 12 kids in Israel, 50+ grandchildren. https://t.co/bwDxkFlp7o

My great aunt Wanda, with a 1 year old at home, Jewish, smuggled herself back INTO Nazi Germany in the boot of a car to rescue her mother. They left on last train out, stopped by border guard who took their wedding rings as payment. Both lived long happy lives in Surrey.

Do you have other examples? Let me know by emailing pink@forward.com or on Twitter, @aidenpink