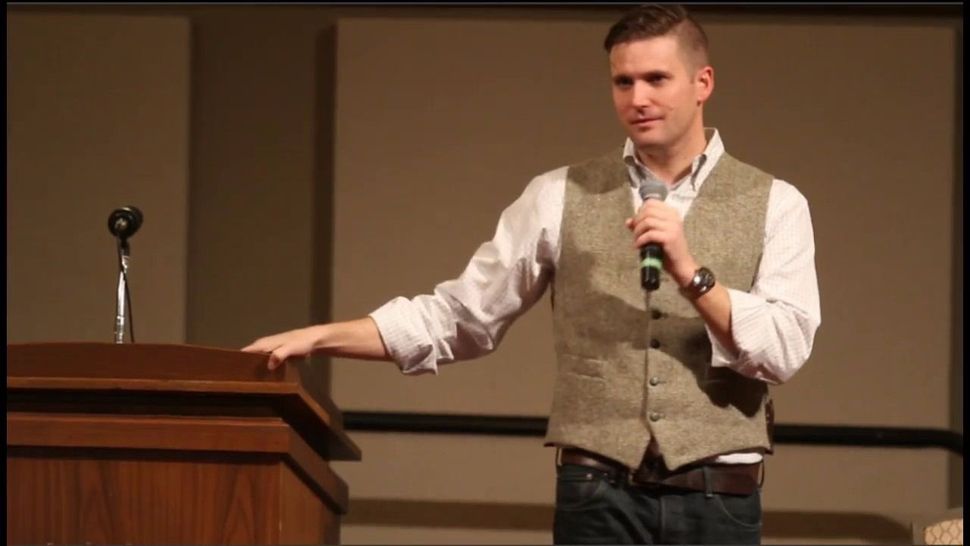 White nationalist leader Richard Spencer has agreed to speak at the University of Cincinnati on March 14 — squarely in the middle of the school’s spring break.

Spencer’s event in Zimmer Hall will include a one-hour lecture and a one-hour Q&A period.

Other public universities, including The Ohio State University, had been sued by Spencer’s tour organizer, Georgia State University graduate student Cameron Padgett, for violating free-speech rights by denying Spencer the right to speak.

In a letter to the college community announcing the decision to allow Spencer to speak, university president Neville Pinto condemned Spencer’s “dehumanizing views and racist practices” but pointed out that “As a state institution, we must adhere to the foundational rights embedded in the First Amendment. That includes protecting speech of all types at all times—even, perhaps especially, words that are blatantly hateful or offensive.”

Local radio station WOSU reported that Pinto said the school “can beat Spencer at his own game.” Student groups are planning to protest Spencer despite school not being in session.

Spencer was one of the organizers of the August rally in Charlottesville, Virginia, where clashes between marchers and counter-protesters led to the death of one woman. He has since spoken on college campuses like the University of Florida in October, where security costs were estimated at $600,000 and the governor declared a state of emergency before the speech. Three men were arrested after shooting at counter-protesters.